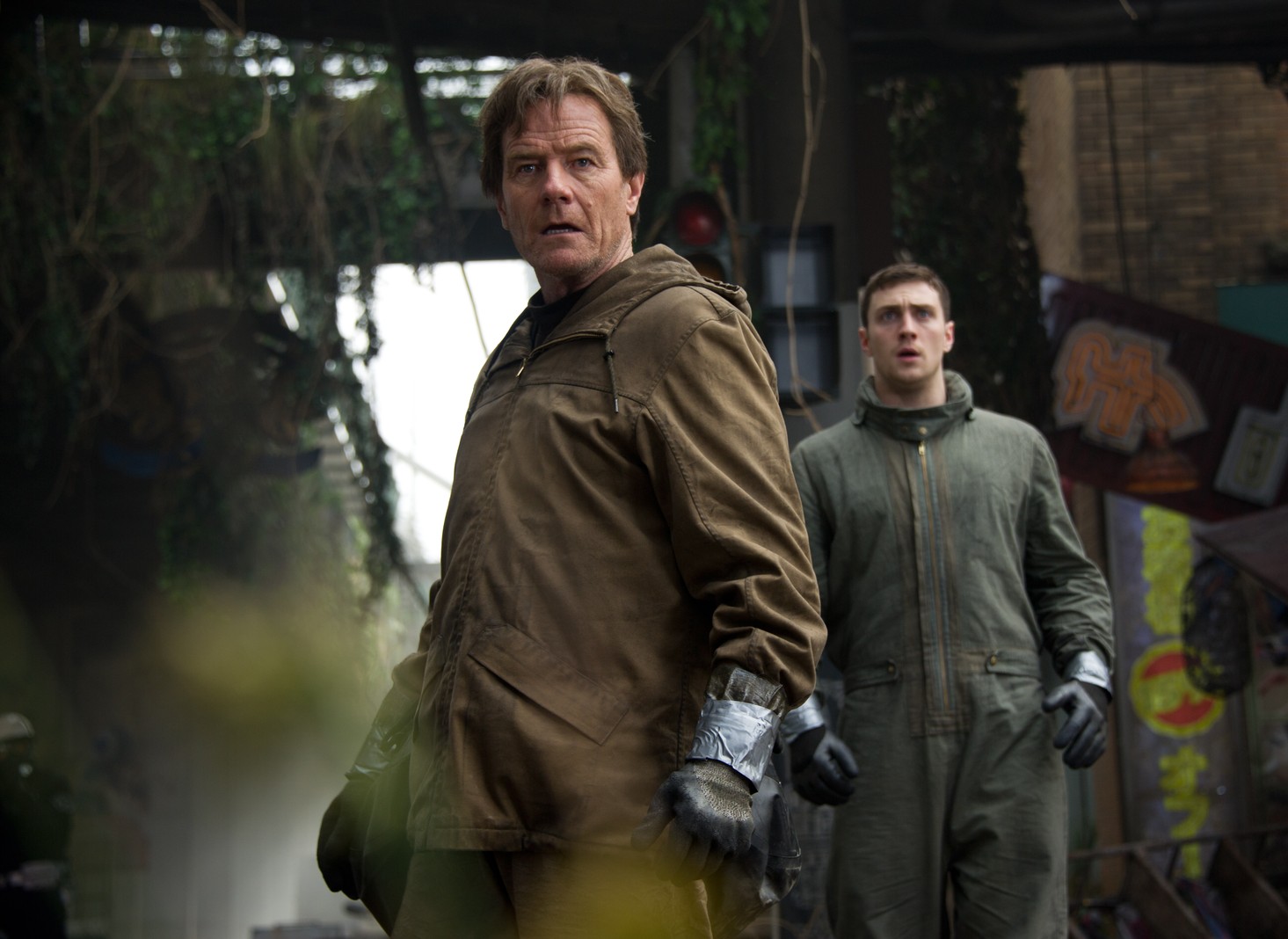 With Godzilla, the King of Monsters Roars Back to Life

It’s easy to have moderate to mixed to even low expectations as they concern Gareth Edwards’ (Monsters) reimagining of director Ishirô Honda’s immortal and highly influential 1954 Japanese classic Godzilla. This was a cinematic effort that significantly changed the game and in most corners is regarded as the greatest giant monster movie ever made. More, it is a supremely moving and shockingly honest look at the nuclear age as seen through the eyes of a country who knew all-too-well its devastating dangers, the subtext liberally sprinkled throughout impossible to miss and even harder to walk away unaffected by.

In the six-plus decades since the titular creature has seen 27 official sequels, a handful of animated incarnations, a plethora of toy versions and one ill-conceived remake released in 1998 directed by Independence Day impresario Roland Emmerich. The Toho Co, Ltd. icon has been paid homage to on multiple occasions (Steven Spielberg’s Jurassic Park and Guillermo del Toro’s Pacific Rim being two of the more obvious examples), while countless rip-offs have attempted to steal the self-described “King of Monsters” thunder more times than can be quickly counted (from Gamera to Transformers, DNA leading back to Honda’s epic are undeniable).

Having a somewhat diluted sense of tired déjà vu as it concerns this latest incarnation of the titular behemoth isn’t unexpected. That doesn’t make it any less misplaced. Edwards has done the unthinkable, crafting a modern Godzilla that not only pays deft homage to the creature’s glorious past, but one that also makes many of its closest impersonators feel hollow and misguided when stood up next to it. Putting character first, leaving all its best moments for the ferociously frenetic, neck-snapping climax, the film is a monstrously entertaining disaster spectacle of nature run amok, humanity’s inability to deal with what is happening a potent reminder of what can happen when our planet rebels against the ills being carelessly done to it.

Opening in 1999 on a small Japanese island, Edwards and screenwriter Max Borenstein waste no time dropping the viewer right into the center of budding catastrophe. American nuclear expert Joe Brody (Bryan Cranston) is forced to make an unimaginable choice when the power plant he supervises suffers a bewildering meltdown. Almost 15 years to the day, his grown, Navy bomb disposal tech son Ford (Aaron Taylor-Johnson) is forced to return to the scene of this calamity when it appears dear old dad has finally suffered nothing short of a full-on mental breakdown. 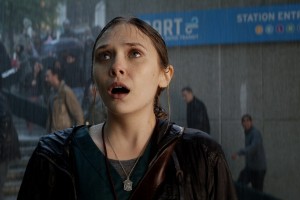 That’s not the case. A group of international scientists led by Japan’s Dr. Ichiro Serizawa (Ken Watanabe) and Britain’s Dr. Vivienne Graham (Sally Hawkins) are studying a supposedly dormant creature feeding off the remains of the destroyed power plant. When it awakens calamity ensues. Ford is suddenly at the center of an epic battle pitting giant creatures against one another and spans the entirety the Pacific Ocean, leading straight into the heart of his home town San Francisco, his wife Elle (Elizabeth Olsen) and their son Sam (Carson Bolde) clueless to the danger stomping their way.

While nowhere near as deep or as prescient as Honda’s original effort, Edwards’ take does not skimp as far as larger social and political commentaries are concerned. How human beings treat the planet is at the center of the carnage, the communal disrespect for the environment a key factor as far as the unleashing of the main threat is concerned. As for Godzilla, his presence is Nature’s way of maintaining balance, his tracking down and eradicating a newly birthed twin terror the reason he has awoken from his slumber.

Not that things are as deep and as dour as that. Edwards remembers the fun of these movies is in not only seeing the big guy in action but also in the unbearable suspense of waiting to see him lay waste to all that is in his path. Like the majority of the Toho sequels, humans are more like bugs to be swatted out of the way, just an annoying inconvenience, the big beasties standing in Godzilla’s way the true danger he needs to deal with. 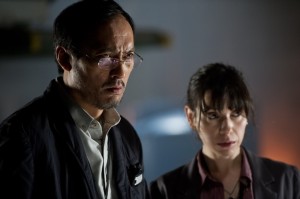 The human element, save for the superb prologue, some wonderful bits between Cranston and Taylor-Johnson before they return to the power plant and a bittersweet, eerily touching shipboard monologue from Watanabe, isn’t very strong. Juliette Binoche pops up briefly, adding a nice touch of gravitas to a pivotal early moment but is otherwise wasted. David Strathairn gets to do the stoic soldier thing as the Navy commander tasked with trying to find a solution to the monster mash threatening San Francisco. As for Olsen, the Martha Marcy May Marlene scene-stealer is wasted in a rather thankless part, and other than a deftly underplayed sequence where the young mother must make a heartrending decision regarding Sam, she doesn’t have a whole heck of a lot to do.

None of this stops Edwards from unleashing scene after scene of visual and dramatic eloquence. He builds tension with exquisite ease, the talent hinted at by his similarly-conceived debut Monsters fully blossoming here. Cinematographer Seamus McGarvey (Anna Karenina) fills every corner of the frame with action yet still keeps clutter to a minimum, the visuals having an organic austerity that belies the carnage and destruction that is taking place. Mix in Alexandre Desplat’s (Zero Dark Thirty) rousing score, the film is almost guaranteed to set the pulse racing.

Godzilla roars to life with spectacular fury, this latest incarnation proving that the indisputable King of Monsters is back and still deserving of this heavyweight title. 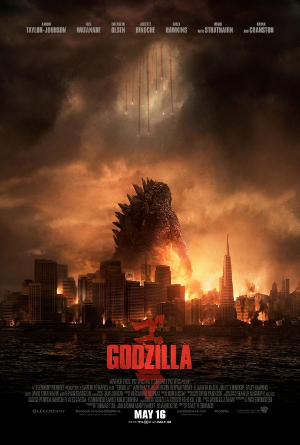