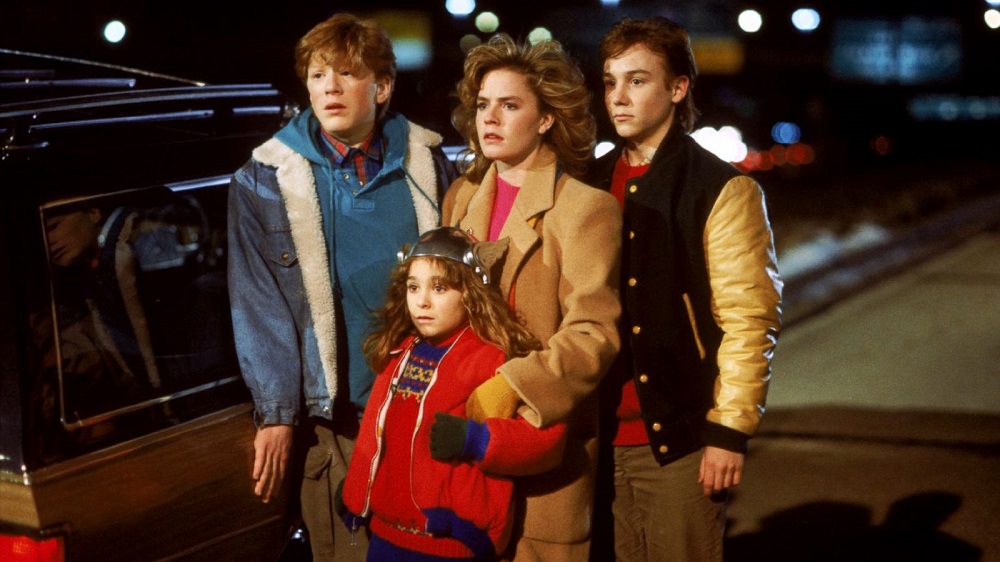 Adventures in Babysitting and RoboCop: Searching for humanity, self-acceptance, and identity while singing the blues with the babysitter and enforcing the law in a cybernetic shell

I watched Chris Columbus’ Adventures in Babysitting and Paul Verhoeven’s RoboCop back to back in July 1987. An unconventional double feature, but they were playing at Spokane’s North Division 6 at the same time, and as the staff wasn’t the most observant bunch, it was easy to go unnoticed coming out of the former movie and sneaking into the latter. It helped that RoboCop had just been released and was doing boffo business, so disappearing into the crowd wasn’t difficult.

By the time that summer rolled around I was certain my life would not turn out the way I fantasized. I had recently finished my first year of middle school — still known at the time as “junior high” — and it had been a massive wake-up call. I’d been called out for being too effeminate on the football field, even though I was a star player. I got laughed at in the hallways for carrying my books close to my chest like a girl. My hair was too long, my clothes too colorful. It was exhausting. It was humiliating. I hated it.

Each drop in this hellish peer pressure bucket convinced me that I needed to eradicate every feminine trait I possessed. I cut my hair short in a military-style buzzcut. I started carrying my books in a backpack haphazardly slung over my shoulder so I would never again hold them in my arms like a woman cradling an infant. I started dressing exclusively in athletic wear unless forced to do otherwise.

It was all an illusion, of course, and I was fooling myself if I thought I’d be able to subjugate who I was inside forever. Throughout middle and high school cracks in this façade would show, and no matter how hard I worked to smooth one out, another would quickly take its place. This was a battle I was destined to lose, and by the time I hit the University of Washington campus, I knew I needed to start dealing with my gender identity issues or else.

What does any of this have to do with Adventures in Babysitting and RoboCop? They are both stories of transformation.

That’s obvious in the case of RoboCop, Verhoeven’s classic sci-fi action satire that wears its Mary Shelley origins on its shiny, nearly indestructible full-body metal prosthesis for all the world to see. But it’s equally true of Columbus’ directorial debut, his journey into late-night teenage comedic madness an opportunity for its young protagonist to find her voice and take charge of an impossible situation.

My connection to Adventures in Babysitting was immediate. The opening credits feature star Elisabeth Shue dancing around her bedroom lip-synching to the Crystals’ 1963 classic “Then He Kissed Me,” a moment I reenacted in secret on multiple occasions. She plays Chris Parker, a 17-year-old high school senior who is getting ready for a date with boyfriend Mike (Bradley Whitford) when he cancels on her to supposedly watch over a sick sister.

This suddenly makes Chris available to babysit for the Andersons. They’re going into downtown Chicago for a business party and need someone to watch their Thor-obsessed youngest, Sara (Maia Brewton). But instead of one kid, Chris finds herself inexplicably in charge of two more: Sara’s older brother Brad (Keith Coogan) — a freshman who has a crush on Chris, his former sitter and now current classmate — and Brad’s goofy best friend, Daryl (Anthony Rapp). Things go off the rails when the group is forced to clandestinely head into town to rescue Chris’ friend Brenda (Penelope Ann Miller), who is stranded at the bus station alone, and a series of increasingly chaotic hijinks ensues.

I was gobsmacked by Shue’s performance as Chris. From her haircut to her makeup to her wardrobe, she was everything I wished I could be yet knew wasn’t possible. In fact, she looked just like one of my classmates, whom I didn’t so much have a crush on as secretly wished I could be. Heck, my middle name was born from that seventh-grade friendship, and my first hairstyles and attempts at makeup were direct results of my trying to mimic her.

Adventures in Babysitting holds up because it is so remarkably progressive in its depiction of its primary female characters. Chris embraces her femininity but she isn’t beholden to it. She has agency and lets her actions define who she is, learning more about herself in a single night of attempting to protect Sara, Brad, and Daryl from harm than she has in four years of high school. She finds romance on her terms, makes unexpected friendships, and discovers asking for help in a time of need is a special kind of heroism in and of itself.

Chris even gets to sing the blues with the legendary Albert Collins. How cool is that?

There’s not much that hasn’t been written about RoboCop over the past 35 years. How fearless Dutch filmmaker Verhoeven was the perfect voice to give this challenging material the edge it needed to resonate with audiences of all backgrounds, even if underneath all the blood, guts, and carnage there was a searing indictment of 1980s Reaganomics. How screenwriters Edward Neumeier and Michael Miner created a dystopian nightmare of a world that’s as prescient and ahead of the curve now as it ever was back in 1987. How the strength of the film is in its depiction of reclaiming lost humanity in the face of unimaginable tragedy and loss.

Still, for all the memorable one-liners, signature moments, superb makeup effects, and expertly crafted action sequences, I connected to Verhoeven’s English-language debut mainly due to Nancy Allen’s brilliant performance. Certainly Peter Weller’s work as slain police officer Alex Murphy, and then as unstoppable law enforcement titan RoboCop, is a thing of peerless beauty. He finds magic in the madness, building an emotional connection between man and machine that’s hauntingly sublime. Weller brings it all to life with such subtle majesty it’s no wonder no other actor has been able to walk in RoboCop’s titanium shoes with anything even close to equal authority.

But as he has the showier part, it’s no wonder Allen’s turn as fellow officer Anne Lewis frequently gets overlooked when discussions of the film take place. But she is also outstanding, creating a firebrand of a character who takes charge in ways women weren’t often allowed to in the 1980s, and she does so with a quiet, take-no-prisoners confidence that still feels slightly ahead of its time even now.

Much like Sigourney Weaver in Aliens a year prior, Allen isn’t afraid of her femininity. Yet she also is not beholden to it. Lewis can stand toe-to-toe with anyone, and she doesn’t have to change who she is or the image she wants to present to the world while doing it. As terrific as Allen was for Brian De Palma in classics like Blow Out and Dressed to Kill, for me, this is her finest hour, and I do not believe RoboCop would have achieved its iconic status without her.

Of the two, Adventures in Babysitting is the one that has the most elements that have aged the worst, most notably an egregious homophobic slur that gets uttered on multiple occasions. But RoboCop has its share of triggering moments as well, though the breakneck pacing and the pitch-black bleakness of the satire do a lot of the heavy lifting to help push those components into the background. Yet each picture is more than the sum of these missteps — far more — and the fact we’re still quoting lines and referencing signature moments 35 years later speaks volumes.

But for me, these two film films remain highly personal. They will be eternally linked together, Chris Parker and Anne Lewis each an important influence on my journey to self-acceptance. They’ve helped me find strength I didn’t know was there. They’ve inspired me to take risks I wouldn’t have otherwise dared to think about, let alone attempt. These women are forever part of me, and I don’t have to sing the blues or buy anything for a dollar to admit it.

Now celebrating their 35th anniversaries, Adventures in Babysitting and RoboCop are both available on Blu-ray, the former from Buena Vista Home Entertainment and the latter via Arrow (including a spiffy new 4K Utlra-HD release). Each is also available to purchase digitally on multiple platforms. Adventures in Babysitting is currently streaming in an edited version on Disney+. 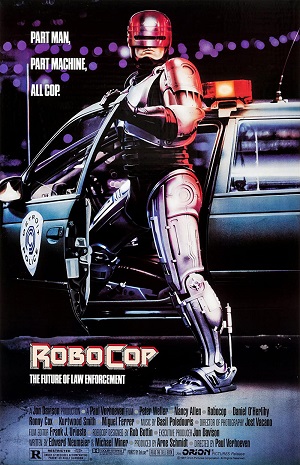