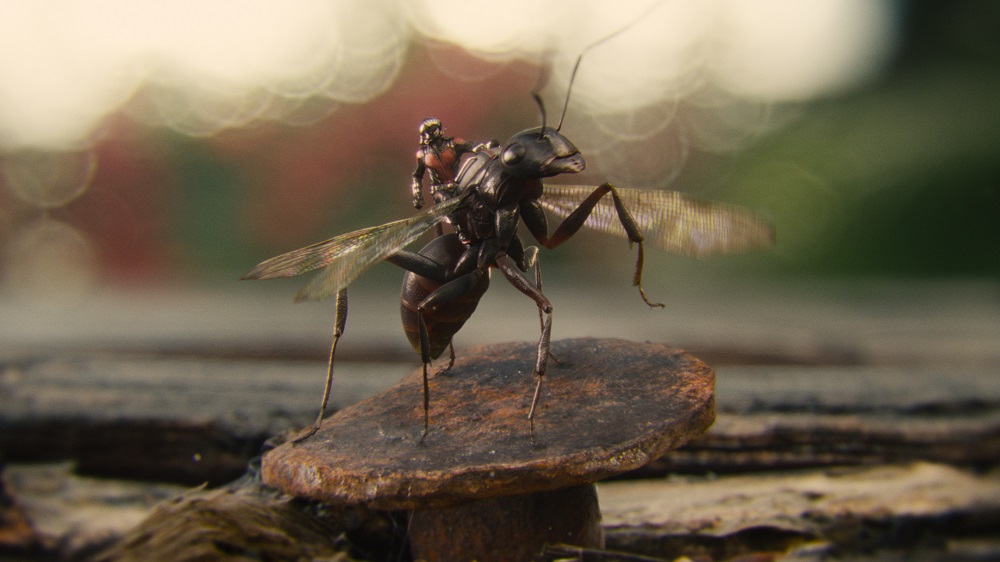 Burglar Scott Lang (Paul Rudd) has just been released from prison. Returning to San Francisco, determined to go straight and stay away from criminal activities, his ex-wife Maggie (Judy Greer) won’t allow him to see his devoted daughter Cassie (Abby Ryder Fortson) until he gets a steady job and starts paying child support. But this proves far more difficult than anticipated, and soon he’s letting himself be coerced into taking part in one last heist thanks to the urging of best friend, and former cellmate, Luis (Michael Peña). 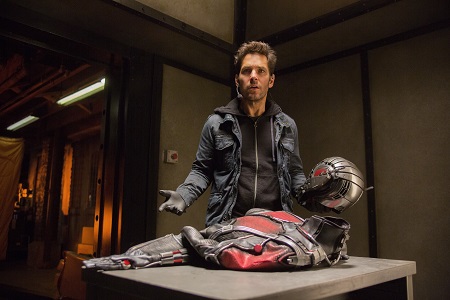 It’s all a big ruse. Super-secret scientist Dr. Hank Pym (Michael Douglas), a former inventor for S.H.I.E.L.D., but now a recluse estranged from his driven daughter Hope van Dyne (Evangeline Lilly), has worked very hard to test Scott, wants to see if all he’s learned about the thief and his true nature are all he believes them to be. With time running out, with events around his former company Pym Technologies quickly spiraling out of control, Hank knows it is now or never to reveal his plans for the thief. The scientist needs Scott to become a hero. Needs him to become the man his daughter believes him to be. He needs him, to become, the Ant-Man.

Marvel’s Ant-Man had a fairly long, protracted and decidedly troubled production, most of it revolving around filmmaker Edgar Wright’s (The World’s End, Shaun of the Dead) passionate attempts to convince the studio to bring this character to life, ultimately leading to his being hired to write and direct the comic book adaptation. But not long before shooting was to start Wright and Marvel unceremoniously parted company (citing the ever-ubiquitous “creative differences”), Bring It On director Peyton Reed brought on to take over at the proverbial last second.

Somewhat surprisingly, almost shocking considering how negative the majority of the buzz surrounding the film has been before its release, Ant-Man proves to be one of the more enjoyable entries in Marvel’s so-called Cinematic Universe (MCU). Unlike Avengers: Age of Ultron, the script by Rudd, Wright, Adam McKay (The Other Guys) and Joe Cornish (Attack the Block) is beautifully self-contained, rarely utilized to set up coming events that are going to transpire inside Thor: Ragnarok or Avengers: Infinity War – Part I. It runs less than two hours, tells its own origin story and, while acknowledging the bigger comic book world it is a part of, isn’t beholden to it. 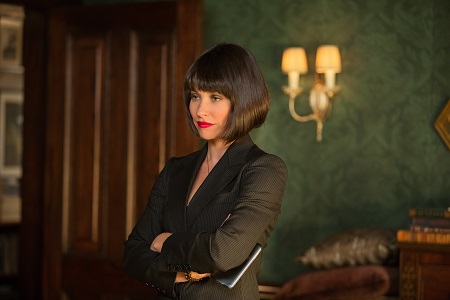 Most of all, though, the film is just flat-out fun. Rudd, not anyone’s first choice to portray a superhero, is an affable, good-natured hoot in the title role. Douglas (who’s never looked more like his dad), is a fine, irascibly charming mentor. As for Lilly, she’s terrific, and while the MCU still isn’t doing great as far as female heroes are concerned, her complex, multifaceted treatment is certainly a step in the right direction. Also worthy of recognition is Corey Stoll as the film’s chief villain Darren Cross, and while not much more than your average psychopathic genius intent on world domination, he inhabits the role with suitably maniacal aplomb.

The actual plot is your typical superhero silliness revolving around a hero that can shrink to microscopic size but still maintain the strength of a full-grown human being, and in all honesty it isn’t particularly interesting in ways that are new, different or original. But the humor is continually on point, the characterizations a whole heck of a lot of fun, the movie far more interested in its frequent comedic beats than it is its action ones. Reed balances things nicely, and while he’s not rewriting the rule book, he’s at least having enough whimsical fun with what’s inside it, some of the stuff can’t help but feel fresh and new even if most is anything but.

It does feel rather slight. Also, even with being one of the shorter films in the MCU canon, Ant-Man still has a few filler bits that are more designed to showcase the series as a whole than it is to service the central story here. A sojourn to infiltrate an Avengers facility is nothing more than an excuse to have the main character interact with Sam Wilson a.k.a. Falcon (Anthony Mackie), while a prologue featuring Peggy Carter (Hayley Atwell) makes sure the audience remembers all of this is still part of a much larger universe. 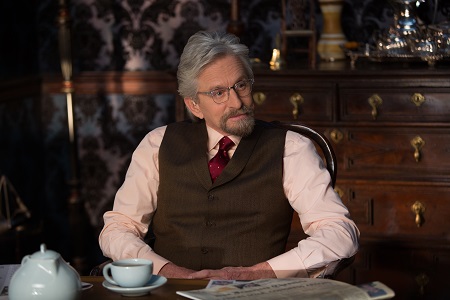 But, honestly, that’s all handled much better here than it has been previously in other pictures (including Guardians of the Galaxy and Captain America: The Winter Soldier), and as far as my chief complaints go they feel relatively minor as far as the grand scheme is concerned. Far more annoying are the secondary characters, chief amongst them Bobby Cannavale as a police detective obsessed with Scott seeing that he’s currently married to Maggie. He’s got to be the dumbest law enforcement official this series has ever introduced, sequences of him and his partner bumbling around like a pair of Keystone Cops almost insulting in their ineptitude.

Even so, Ant-Man works, more often than not spectacularly. The use of perspective, especially (and I can’t believe I’m saying this considering I usually don’t care for the format) when seen in 3-D, is extraordinary, the juxtaposition of the miniature and the human-sized world consistently amazing. In many ways it’s like nothing I’d seen before, and on that front alone I almost can’t wait for general audiences to experience these visual wonders for themselves. 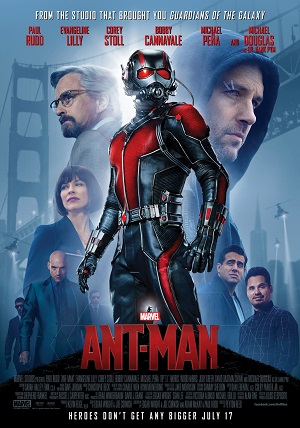