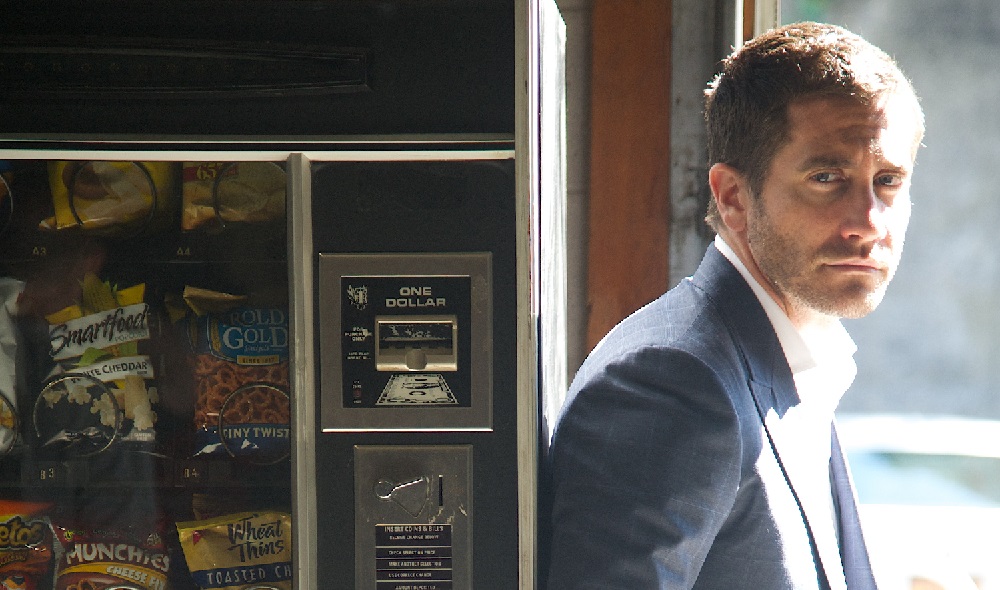 Davis’ (Jake Gyllenhaal) wife Julia (Heather Lind) is dead. The pair were in a horrific car accident, and while he came out relatively unscathed the woman he shared his life with wasn’t so lucky. Her father Phil (Chris Cooper), who is also Davis’ boss, is beside himself with grief, wanting to set up a trust to help send deserving kids to college in his daughter’s name. He’s also prone to snatching his son-in-law up from his work, taking him to a local bar where he tries to impart words of wisdom as he deals with an overpowering sense of loss he can barely grapple with.

Davis, though, isn’t as distraught by this tragedy as he feels like he should be. If anything, he’s more upset that a hospital vending machine cheated him out of a bag of candy than he is about his wife’s death, a fact that has him undeniably vexed. Stuck on a throwaway statement from Phil regarding tearing things apart in order to discover the problem keeping them from working properly, Davis begins to systematically rip apart the very fabric of his own life, in the process hoping to ascertain what it is, exactly, that’s wrong with him that doesn’t allow him to grieve.

Demolition is hardly the straight-ahead drama director Jean-Marc Vallée’s previous two pictures Wild and Dallas Buyers Club were. If anything, it is more in line with his esoteric and ephemeral French production Café de Flore, the movie drifting through time, space and human emotion as if it were being blown around by an especially gusty wind. Bryan Sipe’s (The Choice) script refuses to rest on the easy, instead choosing to keep things relatively nondescript as it moves things towards their conclusion, allowing for repulsion and understanding to walk hand-in-hand with a demeanor that is relatable yet also ethereal, an uneasy alliance to be certain.

The crux of the drama concerns interactions between Davis and the vending machine company’s customer service rep Karen (Naomi Watts), the two making one another’s acquaintance after he sends her employer a number of complaint letters that end up being more about him and his life than they do about the candy. Her curiosity as to why he keeps sending them leads her to seek him out. He in turn becomes curious about her, and as such an odd, irregular friendship develops between them, Davis even coming to look at her gender-questioning teenage son Chris (Judah Lewis) as a close confidant as he rips the guts out of his and Julia’s now obliterated life.

You either get drawn into all this emotional weirdness or you do not, and if it is the latter then Demolition is going to be one of the longer 100-minute stretches a person is ever likely to endure while sitting in a movie theatre. Thankfully, I ended up on the former side of that equation, and as the film went on I became more and more in tune with the musical symphony of Sturm und Drang Vallée and Sipe were composing. Much like Café de Flore, the ambiguity was something I was able to latch onto with both hands, almost as if it was an imperative to do so, and as such the unadulterated craziness of the central maneuverings made a weird sort of sense I responded to fully.

It helps that Gyllenhaal is superb, delivering another heart-stopping, full-bodied performance that’s right up there with his work in Brokeback Mountain, Prisoners, Enemy, Southpaw and even Nightcrawler. It’s a dexterous balancing act, one that requires a huge leap of faith on the viewer’s part, and to say the actor pays off the commitment to watching him walk this tightrope is an obvious understatement. He brings Davis to life with bracing, heartfelt euphoria, the uncertainty, pain, pathos, dysphoria and, yes, love all coming through at just the right moment each and every step of the man’s journey.

Things can get too narratively obtuse, and as good as Watts might be in the movie, Karen, as a character, barely makes any sense. Her connection to things, as well as her reaching out to Davis in the first place, is a little cutesy, a lot of her quirks feeling as if they were lifted from an entirely different story, one that Vallée and Sipe thought might be fun to shoehorn into all of this. It’s not an element that sits comfortably inside of things, and there were moments between Watts and Gyllenhaal where I did start to question why it was I was as drawn to the story as I was. 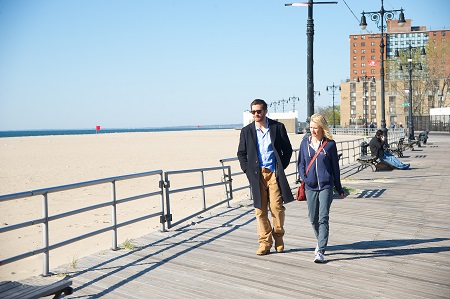 But without Karen, it’s likely there is no Chris, and without him I seriously doubt I’d be as excited about the finished feature as I am. While the interactions between him and Davis are brief that does not make them any less essential. There is something unstated passing between these two that spoke to me on a deeply personal level, the way one seems to understand the other pretty much close to perfect. Gyllenhaal and young Lewis are sensational together, their budding friendship a complex, intricately intimate delight, the pair adding the kind of fuel to the fire that allows all the themes the filmmakers are attempting to explore with a fierceness bordering on primal.

Impeccably shot by Yves Bélanger (Laurence Anyways), there is a visual intensity that is oftentimes surprising, Vallée crafting an otherworldly dreamscape where grief, loss and redemption coexist beautifully. While some of the pieces can be a little haggard, more often than not this feels entirely by design, Demolition a cinematic deconstruction of expectation and cliché, all of which results in a moving marvel of self-actualization I think I just might be in love with. 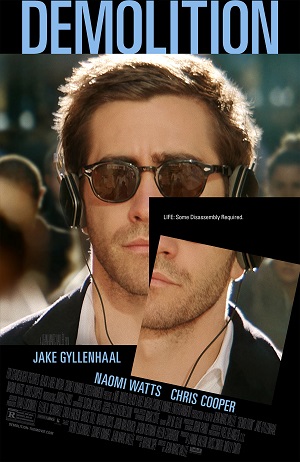