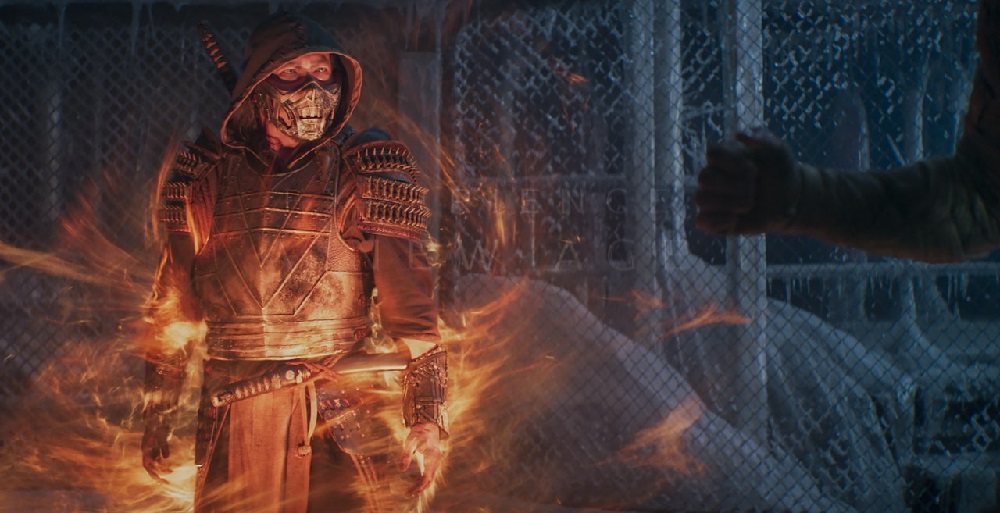 There is a moment in the new Mortal Kombat where I wished I could have watched the film in a sold-out auditorium on opening night. There’s this beat that happens right before the titanic confrontation everyone has been waiting for. An iconic catchphrase is delivered with pinpoint precision. Benjamin Wallfisch’s (It) suitably thunderous score kicks in the familiar notes of the video game’s classic theme music for the first time. The image pops, not just with an overabundance of color and icily frozen wonderment but also with the inherent promise of the glorious bone-crushing carnage to come.

The audience will go nuts, and I cannot tell you how much I long to be smack-dab in the middle of the theater when something like that transpires. Making it even better is that what happens next was worth the wait.

It’s perfect, and there’s nothing more that needs to be said.

If only I felt the same about the rest of Mortal Kombat. This new adaptation of the popular video game series known for its bloodshed isn’t much fun. Unlike Paul W.S. Anderson’s cheeky, intentionally goofball (and still wildly popular) 1995 version, McQuoid’s take didn’t do much for me. Overstuffed with too many characters and taking itself way too seriously, this is a dour and visually drab adventure that’s only occasionally enlivened by a creative jolt of garishly over-the-top bloodletting.

The plot follows a route similar to Anderson’s effort and one that is moderately fashioned after the video game’s core mythology. A group of disparate warriors from all over the globe has been chosen to fight in a secret tournament called “Mortal Kombat,” the fate of the Earth (also known as “Earthrealm”) resting on the outcome. They will train together at the temple of Lord Raiden (Tadanobu Asano), a powerful god who protects humanity but is not allowed to offer assistance once the tournament begins.

Evil sorcerer Shang Tsung (Chin Han) is the leader of the fighters from Outworld (a dystopian parallel dimension to Earth), and, on the cusp of final victory, he has no intention of playing by the rules. He orders his most brutal assassins, most notably the unstoppable Sub-Zero, to find all of Earthrealm’s champions and kill them before the tournament starts.

Young plays the biggest role, his connection to the tournament being far more personal than he is initially aware. After him, Sonya has a fairly large part to play, but her storyline is too tired and uninspired for it to matter. As for the actors playing some of these these roles, McNamee and Brooks do have a couple of somewhat nice scenes, and it’s difficult not to imagine both actors making more of an impression had the writing been a little sharper.

Honestly, the only principal who does linger in one’s memory is Lawson. He’s the lone actor who appears to be having a good time, his broad performance as the cartoonishly thuggish Kano showcasing an uncouth bravado that’s equal parts amusing and purposefully offensive. It isn’t until the brute starts dolling out sexist and racist stereotypes like they were Halloween candy that his schtick grows stale. Even then, though, Lawson’s enthusiasm remains infectious, and it’s a shame more of the actors didn’t follow his lead.

There is also superb prologue set in the early 1600s where a grudge between two is born in the lush green nowhere of feudal Japan. It is here we’re introduced to Hanzo Hasashi and Bi-Han, two powerful warriors whose fervent hatred for one another will allow them to travel through the centuries on a determined quest to destroy the other no matter what the cost to their immortal souls.

If Mortal Kombat lived up to the beauteous butchery of its bookends, this would be the greatest video game-to-film adaptation ever made. Taslim and Sanada are the real deal, and it’s clear McQuoid knows it. Their encounters are the only ones that feel alive, and the electrifying devastation left in the wake of their encounters is nothing less than sensational.

The rest of the movie? It’s a waste of time, making it about as far removed from a “flawless victory” as one can quite possibly get. 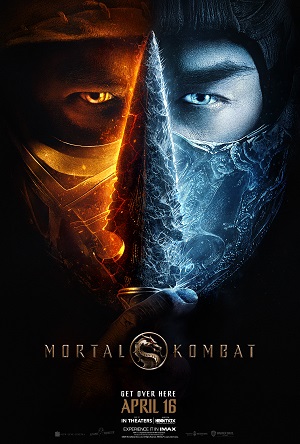