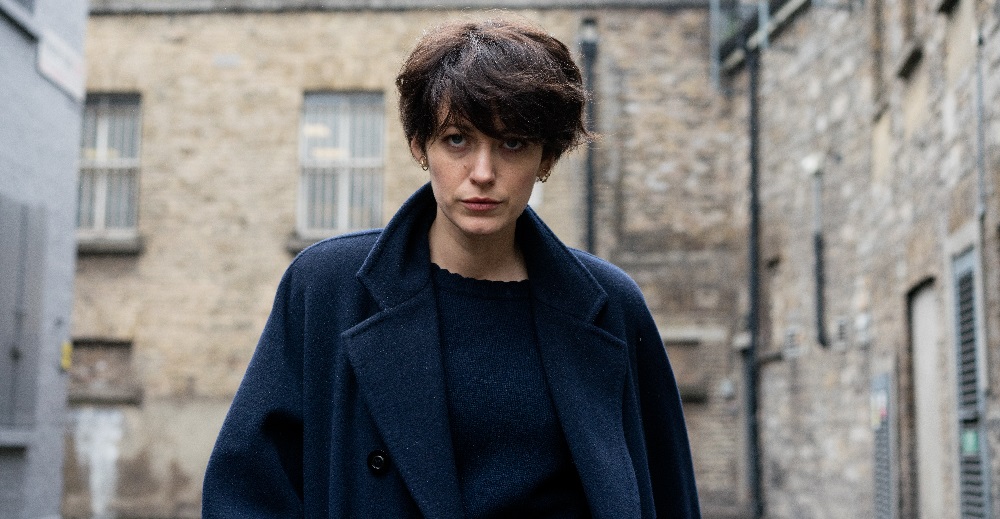 Reed Morano’s (Meadowland) tough, stripped-down handling of screenwriter Mark Burnell’s adaptation of his best-selling 1999 novel The Rhythm Section has plenty going for it, including a fierce, expressively multifaceted performance from star Blake Lively. But this revenge-fueled espionage tale of assassination, paranoia and terrorism never finds its footing, and for all its positives this is still one motion picture I’m having difficulty embracing.

The plot is straightforward enough. Three years after a mysterious plane accident took the lives of her entire family, Stephanie Patrick (Lively) is found in a dirty London brothel by investigative journalist Keith Proctor (Raza Jaffrey). He informs her that, not only was it a bomb that took out the airliner, the man who built it is attending a local University as an engineering student with the full knowledge of British Intelligence.

After getting over her shock Stephanie decides she is going to kill this man. But after an initial failure it’s clear that she isn’t up to the task. Enter “B” (Jude Law). He’s a former MI6 operative who has been secretly feeding Proctor his information. Stephanie manages to track him down, and after about a month of pleading she convinces the disgruntled spy to train her to become an assassin. In doing so B also tells her a story about an international terrorist known only by his codename, U17. If Stephanie wants revenge against those who took out the plane, this man will eventually be the most important entry on her kill list.

Even though the film is financed by James Bond producers Michael G. Wilson and Barbara Broccoli, this is not an action-packed endeavor. Instead, Morano focuses on Stephanie’s internal journey as well as her physical transformation into something that could possibly transcend beyond the grief that has left her a shell of the bright, intelligent young woman she once was. It’s an interesting way to look at her situation, especially when she proves to be especially good at learning what B has to teach her yet equally terrible at pulling the trigger when the moment she must do so arises.

This helps make Stephanie a far more believable protagonist than this otherwise inherently outlandish scenario deserves. Thanks to Morano’s emphasis on emotion above sensation, character above spectacle, there is a uniquely fascinating center to this tale that feels more like The Little Drummer Girl or Three Days of the Condor than it does a gender-flipped Jason Bourne clone or a La Femme Nikita remake. It also doesn’t hurt that Lively, after a virtuoso performance in 2018’s A Simple Favor, is outstanding here as well. She brings a slow-burn gravitas to her character I was instantly drawn to, watching Stephanie intellectually blossom as events unfold arguably the film’s chief asset.

Good thing, too, because there are sadly numerous things about this one that left me frustrated. The central components of the story never come together in a satisfying way. It’s as if Burnell has excised large swaths of his book from the screenplay, important structural beats that may have allowed all the various pieces fit together much more seamlessly oddly missing. There’s also no sense of time, and even though we’re told upfront eight months pass between when Stephanie learns about the bomber’s existence and when she heads out to complete her first assassination, I still found it impossible to believe B honestly felt she was trained well enough to go on a mission.

But that’s the tip of the iceberg. There’s the ludicrous way in which Stephanie and B get their revenge mission financed, and the cliché trick (pretending to be a high-class escort) she uses to get next to one of her targets is unintentionally hilarious. There is the introduction of an information broker (nicely underplayed by an underutilized Sterling K. Brown) that falls unforgivably flat, while an entire scene dealing with the emotional repercussions of living with collateral damage in the pursuit of terrorists is unforgivably ham-fisted and inauthentic. I was also not all that keen on Morano’s overuse of flashbacks detailing how hard it is for Stephanie to deal with her grief, and while I fully understand why they are necessary after a while they begin to stop the drama’s momentum dead in its tracks.

I will say there is an imaginatively staged car chase roughly halfway through I think I loved, the director trying to make it all feel as if it is happening in one continuous take. I found this sequence energetically uncomforting, veteran cinematographer Sean Bobbitt’s (Widows) viscerally controlled camerawork and Joan Sobel’s (Nocturnal Animals) kinetic editing both superb. Also, while the identity of U17 was hardly a surprise, I did love the intimacy of a moment between this individual and Stephanie during the climax, Lively’s performance an insidiously elegant thing of haunting beauty that last a lasting impression.

This mixture of positives and negatives makes me wonder if I need to give The Rhythm Section a second chance. The stuff I like about Morano’s film I admittedly enjoyed one heck of a lot, not the least of which is Lively’s aforementioned strong performance. But so much of this espionage thriller didn’t work for me, the suspense never consistent and the tension coming and going like an early morning wind whistling over a deserted plain. It just can’t keep the beat, and for a composition that initially showed so much promise for things to ultimately fall so flat the likelihood I’ll be playing this record again anytime soon is understandably slim. 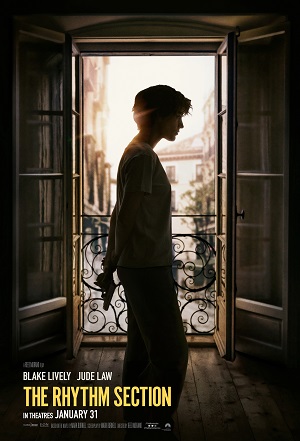