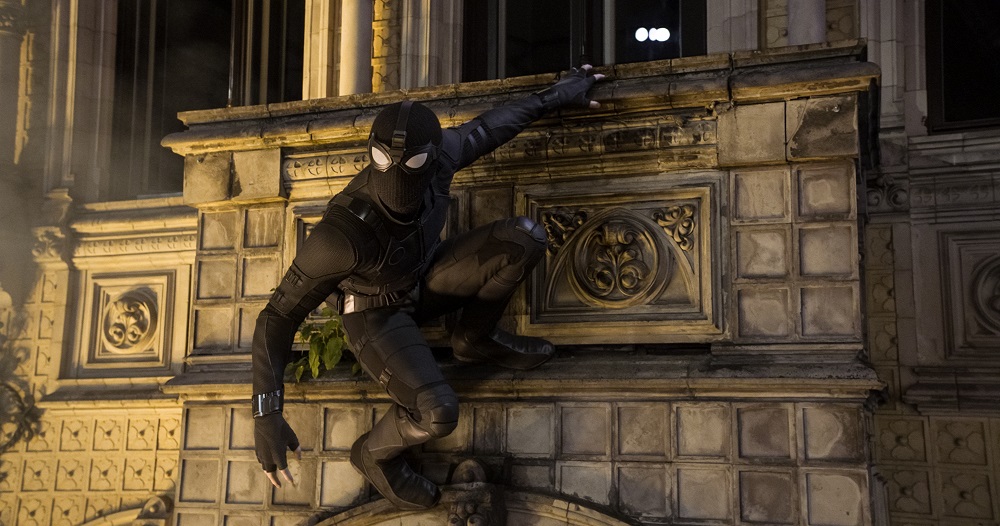 Spider-Man: Far from Home picks things up fairly soon after the events Avengers: Endgame. Peter Parker (Tom Holland), a.k.a. everyone’s friendly neighborhood Spider-Man, returns to school with the rest of his classmates who were also snapped back into existence after Tony Stark took the Infinity Stones away from Thanos (an event now known as “The Blip”). His mentor’s sacrifice has weighed heavily on Peter, and he can’t help but feel that if he had done more maybe Tony would still be here protecting the world right this very second. All of which makes him reticent to take any of Nick Fury’s (Samuel L. Jackson) phone calls, using his upcoming class science trip to Venice, Italy as an excuse to avoid him.

Not that the man who runs S.H.I.E.L.D. is going to be thwarted by a teenager who keeps hanging up on him. Fury wants Spider-Man’s help, and Peter is going to give it to him one way or another. Turns out, The Blip also put a small hole in the dimensional plane, unleashing creatures known as Elementals, each of them able to utilize earth, air, fire and water to cause mass amounts of destruction. This rip in the multiverse also brought Quentin Beck (Jake Gyllenhaal), otherwise known as Mysterio, to this realm as well, the powerful hero needing Spider-Man’s assistance in order to stop the Elementals from doing to this version of Earth what they did to his, which was leave it a smoldering ruin unable to sustain life.

So that’s the action-heavy part of the plot as it pertains to this Spider-Man: Homecoming sequel and the 23rd entry in the Marvel Cinematic Universe. However, much like its 2017 predecessor, returning director Jon Watts (Cop Car) and screenwriters Chris McKenna (Ant-Man and the Wasp) and Erik Sommers (Jumanji: Welcome to the Jungle) have channeled their collective inner John Hughes and crafted more of a teen-friendly coming of age comedy than they have a major studio superhero extravaganza. They put the emphasis on Peter’s interactions with his friends and classmates, most notably with best bud Ned Leeds (Jacob Batalon) and unknowing object of his affections Michelle “MJ” Jones (Zendaya). These relationships are what prove to be most important. They are also the reason this sequel is as enjoyable as it is, the touching, funny and genuinely heartwarming conversations that pass between all of the teenagers as this increasingly wild and crazy, not to mention dangerous, European adventure spins more and more out of control an undeniable delight.

Good thing, too, because the actual mystery and action-oriented part of the plot isn’t that awesome. Other than dealing somewhat plausibly with Peter’s overwhelming grief at the loss of his father figure mentor Tony Stark, as well as the pressure being put on his own alter ego Spider-Man to become the next Iron Man, there’s not a lot in the way of doubt as it pertains to the fight against the Elementals or whether or not a greater evil is somewhere on the sidelines pulling all of the strings. McKenna and Sommers have essentially copied the template of an early aughts Pixar favorite and repurposed it for this film, gussying things up with a few wisecracks, a little teenage romance and massive Marvel Studios budget that allows them to create all sorts of earth, wind, water and fire-related carnage.

Yet that part of the film feels increasingly half-baked, the London-set climax a gigantic cacophony of CG-enabled visual effects that aren’t exciting and end up having no emotional stakes whatsoever. Much like some of Marvel’s lesser entries in the MCU, things sort of devolve to the point where it felt like I was watching someone play an overly frenetic video game, something that grew increasingly tiresome as events progressed. I was never worried if Spider-Man was going to save the day, and there wasn’t a second where I had the sensation any of his classmates might meet with anything unexpected. There just wasn’t any suspense, and for a superhero movie this is something of a major problem.

But not a terminal one. Gyllenhaal is insanely good, the flamboyant energetic whimsy of his performance catching me by surprise. Even better are the serious scenes between him and Holland, the intimacy of their conversations dealing with concepts of loss, family, grief and responsibility hitting home with affecting clarity. I also loved just how playful Watts allowed the film to be, and even when the stakes grew to be nothing less than deathly serious for Peter’s friends there is still a quirkily comedic joviality to it all that couldn’t help but make me smile.

More importantly, Holland continues to be nothing less than terrific in this role. His chemistry with an equally luminous Zendaya is off the charts, while his back-and-forth banter with Batalon has an effortless naturalism that’s continually sublime. Watts and company also save their best trick for last, the sequel’s mid-credit stinger changing everything about the character and this series in such a profound way I’m honestly kind of excited to see where the filmmakers take things next.

All of which makes me wish I wasn’t so blasé about the part of the story that deals with Nick Fury, the Elementals, Mysterio and whatever other menace might be out there orchestrating things from behind the scenes. The fun of Spider-Man: Far from Home is watching the younger members of its cast agreeably interact with one another, and if the actual heroic parts of the tale could have generated maybe a third of that same intoxicating ebullience maybe I’d have found this latest MCU effort to be a bit more memorable. 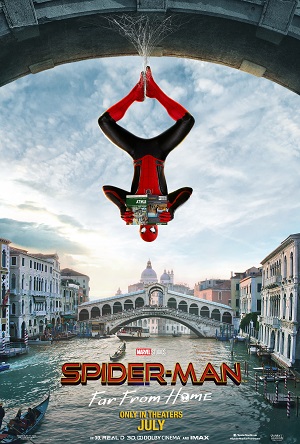