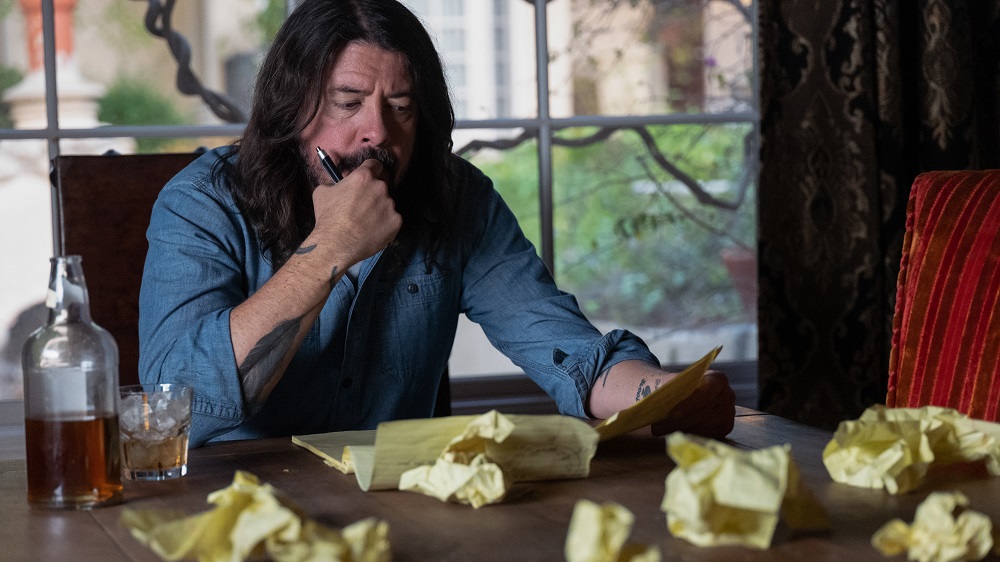 Needing them to get back to work, Foo Fighters manager Jeremy Shill (Jeff Garlin) urges the band to move into a vacant Encino mansion with a peculiar rock-and-roll history to get inspiration for their latest album. Though initially wary, after being impressed with the building’s otherworldly acoustics, lead singer-guitarist-songwriter Dave Grohl convinces his bandmates — bassist Nate Mendel, guitarist Pat Smear, drummer Taylor Hawkins, lead guitarist Christ Shiflett, and keyboardist Rami Jaffee — that they should all move in and immediately begin recording.

Unbeknownst to them, two decades prior, the house was the site of the brutal mass slaughter of another band. Dark forces reside in the building, and they are determined to possess Grohl and force him to record a song that will open the gates of Hell. It’s up to Mendel, Smear, Hawkins, Shiflet, and Jaffee to stop what’s happening before it’s too late and each ends up nothing more than a bloodstained footnote in the annals of rock-and-roll tragedy.

I was open to the idea of Studio 666, a rambunctious horror-comedy featuring the Foo Fighters as themselves battling an Evil Dead-like menace overflowing in gruesome practical makeup effects. The guys have showcased a deft, charmingly off-center presence in several of their more memorable music videos, and it’s clear they have an affable camaraderie that’s inherently infectious.

Had this been a short, or maybe even an episode on Shudder’s Creepshow, I think I’d have been satisfied what the Foo Fighters (Grohl is credited with dreaming up the story), director BJ McDonnell (Hatchet III), and screenwriters Jeff Buhler (Pet Sematary) and Rebecca Hughes have crafted. As a feature, however, this is an unwieldy, mostly unfunny hodgepodge of tired horror conceits and winking, self-indulgent humor that ends up making next to no lasting impression whatsoever.

Some of the gore is great. There’s a bit with a chainsaw that outdoes the bus carnage in the new Texas Chainsaw Massacre, while another involving a key piece of a drum set and half of an unsuspecting victim’s head gives off serious Wrong Turn vibes in all the right ways. There are a couple of decent visual gags that brought a smile to my face, and I appreciate how willing the band is to throw themselves into this lunacy with vigorous go-for-broke enthusiasm.

Grohl’s discovery of a mysterious book made out of human flesh and written in blood in a hidden basement room works rather well, but even with this set piece as one of its highwater marks Studio 666 still quickly wears out its welcome. Once the possession angle kicks into gear things oddly become less interesting. There is no sense of danger. There isn’t any tension. While the kills are imaginative and the gore is inventively utilized, that’s not enough when caring about who lives and who dies is impossible.

Of the Foo Fighters, even though Grohl has the largest part, it is Smear who captured my attention. His comic timing is frequently on point, the guitarist showcasing a multitude of inventive facial contortions that had me chuckling.

As for the remainder of the supporting cast, I’ve got little to say. I will mention that the usually funny Whitney Cummings shows up as the band’s next-door neighbor and fails to elicit a single laugh. There are also a pair of brief appearances from Jenna Ortega that bookend the film which but frustratingly do little. I only hope she was handsomely paid for what had to have been less than a day’s work to stand around and look at various stages of terrified or angry, depending on the situation, while wearing a ton of black eyeliner.

There’s nothing substantive about the film, not a single element that lasts beyond the moment it happens. There’s a point where the story reaches its climax and then goes on for another ten minutes. Problem is, this denouement is inelegantly shoehorned in almost as if everyone in the writers’ room had an “oh crap!” realization that they’d forgotten about a couple of primary characters and needed to supply them with a resolution.

Horror movies about rock-and-roll are hardly a novel phenomenon. From ’80s stalwarts Black Roses to Trick or Treat (with Gene Simmons and Ozzy Osbourne, no less) and ’70s cult favorites Phantom of the Paradise to The Rocky Horror Picture Show, to more recent endeavors like the excellent The Devil’s Candy and the goofily phallic Deathgasm, these films are far more common than most mainstream viewers probably realize.

Pity that Studio 666 is so anemically subpar then. Considering it’s the Foo Fighters, who most assuredly know how to rock, that their foray into the genre sounds more like blood-soaked elevator music than “Everlong” or “Best of You” pretty much says it all. It’s not worthy. 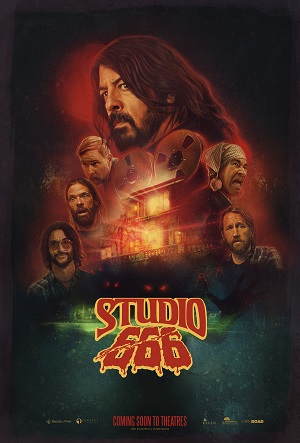