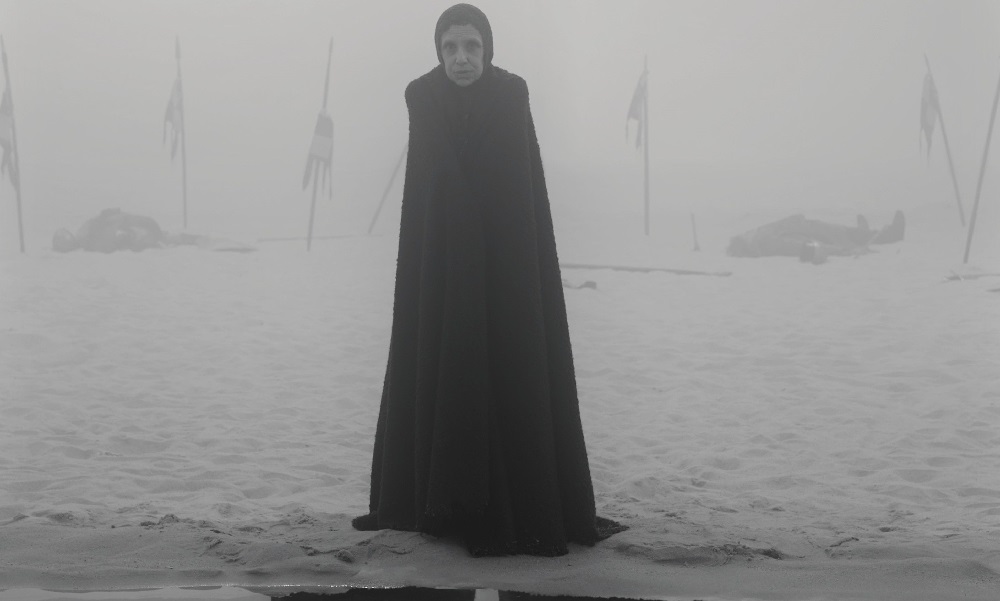 Coen’s Surrealistic Macbeth Firm, Good and Nothing Short of Spectacular

By the pricking of my thumbs, something wickedly entertaining this way comes.

Joel Coen’s unsettlingly expressionistic The Tragedy of Macbeth is a masterful reworking of William Shakespeare’s timeless piece. Playing with shadow and light, the action mostly takes place on a series of jaggedly obtuse sets like something out of a Dr. Seuss storybook, conjoined with images liberally pulled from a Salvador Dalí painting. The visual ferocity driving this production is mind-blowing.

Washington is Scottish Lord Macbeth, while McDormand is his devious, Machiavellian wife the Lady Macbeth. Brendan Gleeson is King Duncan, the monarch the pair will conspire to usurp. The remainder of the cast is composed of a bevy of talented character actors including Corey Hawkins, Bertie Carvel, Alex Hassell, Harry Melling, Moses Ingram, Brian Thompson, Ralph Ineson, Stephen Root, and Sean Patrick Thomas. Best of all is a magnificent Kathryn Hunter, slipping on the skins of all three witches who plant the seeds of Macbeth’s murderous coup with insidiously sinister ease. She also brilliantly portrays a fourth character whose identity I refuse to spoil.

Coen’s minimalist approach can be jarring. A few of the more complicated narrative beats aren’t especially clear, and if one is not well versed in Shakespeare’s original play, I imagine it would be easy to feel more than a bit lost. A few key characters are almost removed entirely, most notably King Duncan’s fearful cad of a son, Malcolm. While he’s still responsible for setting up the final confrontation between Macbeth and Macduff, there’s not much more to him in this production, which is rather strange, considering how important the character is to the outcome of the play.

Not that it matters. Since making his unabashedly sexy big-screen Shakespearean debut in Kenneth Branagh’s swashbuckling Much Ado About Nothing back in 1993, Washington appears to be far more at ease spouting iambic pentameter now than he was almost three decades ago. His command of the language is staggering, and the two-time Academy Award-winner ravenously consumes each syllable with delectable relish, as if it were his final meal.

He is matched by McDormand. Her delivery of the “Out, damned spot!” speech is one of the greatest dramatic moments I’ve witnessed in all of 2021. McDormand’s performance chilled me to the bone, and there were times when she vanished so completely into her role that it was difficult to know where the Fargo and Nomadland Oscar winner ended and Lady Macbeth began. The two become one, the actor’s mastery of the material nothing short of stratospheric.

Cinematically speaking, Shakespeare’s Macbeth has been treated fairly well over the decades. Filmmakers such as Orson Welles, Roman Polanski, and Akira Kurosawa have all taken their crack at the play, and each has delivered something uniquely memorable. Most recently, Justin Kurzel composed a grittily faithful version released in 2015 starring Michael Fassbender and Marion Cotillard, and his blood-soaked approach was liberally caked in equal parts mud and guts.

Is Coen’s take better than those previous efforts? That’s not an assessment I’m prepared to make right now. What I will say is that The Tragedy of Macbeth is sure to hold up on repeat viewing and is almost guaranteed to be remembered for decades to come, like those other productions. The toil and trouble of mounting something this surrealistically ambitious pays off, and as the fire burns and the cauldron bubbles, the charm of Coen’s adaptation is firm and good. Heck, I’d go so far as to call it downright spectacular. 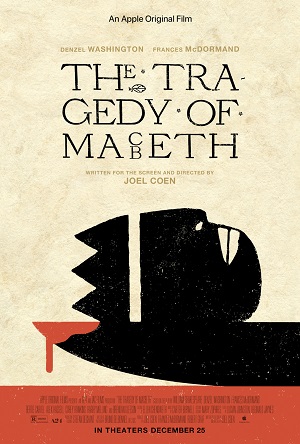