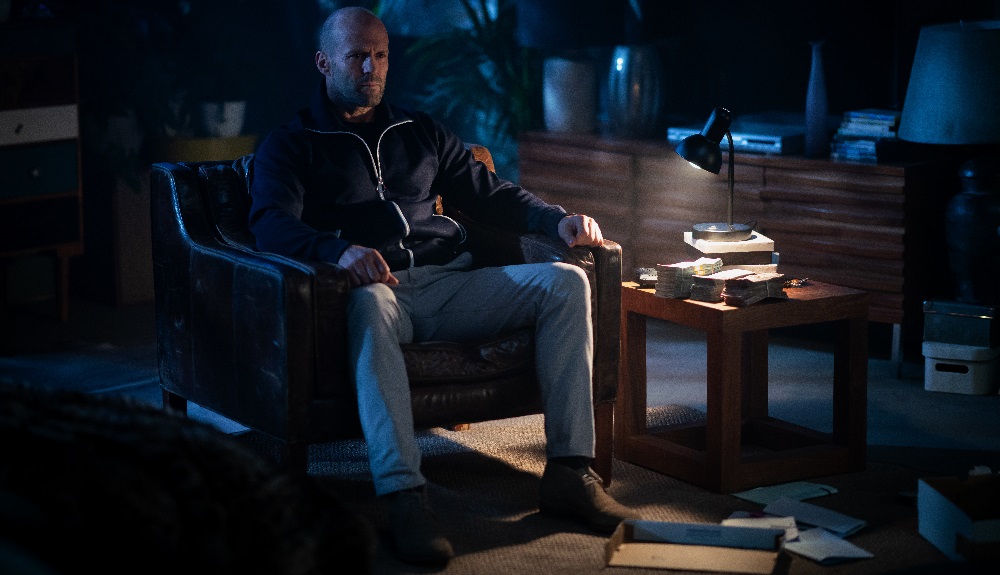 Guy Ritchie’s Wrath of Man has a lot going for it. The film reteams the director with star Jason Statham for the first time in 15 years, and the actor responds by giving his best, most broodingly intense performance in ages. It offers up punchy, well-choreographed and superbly shot action sequences, including a brutal barnburner of one right at the end. Best of all, there’s a corker of a supporting performance from Jeffrey Donovan that took me by surprise, and I’ll likely be thinking about it for the rest of 2021.

As terrific as all that might be, I did not like Wrath of Man. After a lovely opening third, things quickly become pointlessly convoluted. Ritchie and his four fellow writers suddenly slip things in reverse and over-explain just about everything that’s happened throughout the first 30 or so minutes of the film. The same sequence of events is showcased multiple times to introduce new characters and also to solidify a backstory for the main character, a man who did not need his narrative foundation reinforced.

This has catastrophic consequences. Not only are these new individuals – save one big exception portrayed by the aforementioned Donovan – not worth following around, but by turning the focus over to them the other supporting players get lost in the wash. When opposing forces ultimately clash near the end, I found little reason to care about what was happening, making the cutthroat viciousness of it all meaningless as far as the broader canvas was concerned.

Armored car protection agency Fortico Securities has a new employee. Dubbed “H” (Statham) by his self-deprecating superior Bullet (Holt McCallany), it quickly becomes apparent this man of few words is more than he appears to be. Not even a week on the job and he single-handedly stops a robbery, coldly and efficiently dispatching the thieves with lethal precision.

That’s why H has come to Fortico: not because he needed a job, but instead to solve a murder mystery. His son was gunned down during a robbery, and it’s clear that the only way the killers could have pulled off their assault was if they had someone on the inside passing them information. He’s going to figure out who this person is and, in turn, have them lead him to the guy who pulled the trigger and ended his boy’s life, this father’s thirst for vengeance not easily quenched.

Ritchie drops us into this world at the point H is going through his final interviews with Fortico head honcho Terry (Eddie Marsan). From there it’s a brief montage of the undercover wannabe security guard going through training, doing just enough to pass but nowhere near enough to arouse anyone’s suspicions that he’s overqualified for the job.

These introductory moments are handled beautifully. Each of H’s fellow Fortico guards gets their moment to make an impression, most notably Josh Hartnett (so underutilized I have no idea why he took the role) and Niamh Algar. We learn how the armored car service works, most notably the particulars inside the stationhouse where much of the money is kept before it can be delivered to a local bank.

It’s extremely well done. By the time H initially explodes into violence the reactions from his fellow guards and the response he gets from his superiors all feel wholly genuine. I liked pretty much everything that transpired throughout this opening passage, and I was understandably curious to see how Ritchie was going to bring in the grieving, vengeance-seeking father plot elements ominously lurking underneath the surface.

But that’s where things fall to pieces. While I respect that the filmmaker is going for a hardcore, Get Carter-like energy, unfortunately he ends up inadvertently channeling the risible 2000 Sylvester Stallone remake more than he does the 1971 classic which helped make Michael Caine an international star. Things get so convoluted that if you told me the cast and crew were making up new plot elements as shooting went along I’d be tempted to believe it.

It’s a big empty jumble of too many characters, most of whom have far too little screen time to do anything noteworthy. The real villains are underserved by the way they are introduced. As to their reasons for embarking on a clandestine part-time livelihood of robbing armored cars, that’s almost deserving of an additional hour of screen time for it all to sink in and resonate. It’s unfortunate that the least interesting member of this crew (portrayed by Scott Eastwood) is the one given the most time in the spotlight, his character a bland wet noodle of an adversary that’s as forgettable as he is underdeveloped.

Pity, because Statham is giving it his all. His energy level reuniting with Ritchie is off the charts, and had I been invested in what was going on it’s likely I’d consider H to be one of the great signature characters the actor has ever had the opportunity to portray. Statham brings a vindictive urgency to his performance I was drawn to, an aura of wraithlike menace so palpable it dripped off the screen like disquieting perspiration.

Donovan is even better. Once he is introduced, the veteran character actor and former “Burn Notice” star comes extremely close to taking over the entire motion picture. While the characters presented alongside him are all one-dimensional caricatures, Donovan elevates his moments with a determined stoicism that’s incredible. I loved him in this, and I only wish the film had made better use of the actor, especially right at the end.

Ritchie is a vexing and uneven director. From the highs of Lock, Stock and Two Smoking Barrels, Snatch and The Man from U.N.C.L.E. to the lows of Swept Away, Revolver and RocknRolla, to the perplexing in-betweens of Aladdin, King Arthur: Legend of the Sword and The Gentlemen, it’s impossible to know what you’re going to get when you sit down to watch one of his endeavors. Wrath of Man is another ambitious head-scratcher from the filmmaker, and whether that’s a recommendable compliment or an indictable offense I leave up to you to decide. 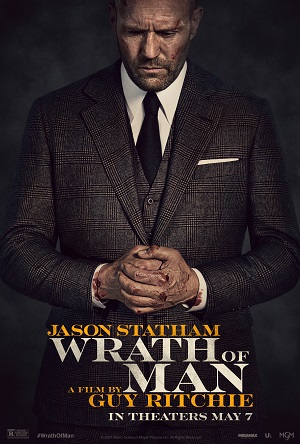