Belle – Phenomenal period piece with award-worthy performances by Gugu Mbatha-Raw and Tom Wilkinson chronicling the mixed-race granddaughter of 18th century British judge whose landmark decision would set the stage for the abolition of the slave trade. An inspiring, deeply romantic story that just so happens to be true.

Blue Ruin – Haunting revenge-fueled modern American noir with a mesmerizing Macon Blair as an emotionally crippled everyman coming to grips with the fact an unspeakable act of retribution has had far-reaching repercussions he never could have imagined beforehand.

Cold in July – Director Jim Mickle and co-writer/star Nick Damici do it again, delivering an old school Texas noir that gets under the skin and infects the blood with its insidiously creepy ambiguity and emotional terror. In a just world, Don Johnson – yes, that Don Johnson – would be getting a Best Supporting Actor nomination for his spellbinding performance.

Dawn of the Planet of the Apes – Director Matt Reeves takes this simian saga to an entirely new level as he elevates this prequel to an astonishing plateau, the emotions and ideas raging through this spellbinding science fiction epic ones worth going more than a little ape over.

Force Majeure – An avalanche might have got them talking, but the troubles afflicting Tomas and Ebba’s marriage had been simmering underneath the snowy emotional perimeters of their hearts long before the rumbling and tumbling became all-too literal. A masterpiece of introspective eloquence.

The Homesman – Hilary Swank breaks the heart as a driven, selflessly persistent frontierswoman who takes on a monumental task and ends up finding it difficult to maintain the strength necessary to see things through to the finish line. As tragic and as poignant a commentary on gender equality as anything I’ve seen in ages.

Into the Woods – Rob Marshall’s star-studded adaptation of the Stephen Sondheim favorite is a magnificent, visually opulent stunner that takes Grimm’s fairy tales and flips them square on their head. Magnificent.

The LEGO Movie – Everything is awesome with this sublime animated marvel from comedy impresarios Phil Lord and Christopher Miller, the film coming amazingly close to vintage Pixar-level brilliance with an inspired third act that magnificently brings things – literally – into the real world.

Leviathan – Bleak, unforgiving and ice-cold, this Russian drama is an evisceration of the country’s modern political and social atmosphere that takes no prisoners and leaves no Working Class heart unscathed. Dostoevsky would be proud.

Love is Strange – Beautiful and heartfelt, this love story about two elder men, together for decades, who finally discover it legal for them to be married only to see circumstance drive them into separate living situations virtually moments after they are wed. John Lithgow and Alfred Molina give award-worthy performances in writer/director Ira Sachs’ magnificently moving melodrama.

Mommy – Anne Dorval gives a mesmerizing performance in Canadian upstart Xavier Dolan’s latest drama that takes parental what-ifs to a staggering, emotionally catastrophic place. As a pure a cinematic experience as anything released in all of 2014, the movie is a major wow that gets better and better the more I think about it.

A Most Wanted Man – Quietly explosive thriller with one last magnificent performance by the late, great Philip Seymour Hoffman that builds with seductively insidious grace as it builds to an expressively volatile conclusion that’s as shocking as it is inevitable.

Mr. Turner – Mike Leigh’s meticulous, creatively dexterous biopic chronicling the last 25 years in the life of 18th century British painter J.M.W. Turner is as close to an autobiography as the cinematic legend will arguably ever get. Timothy Spall gives the performance of his life. 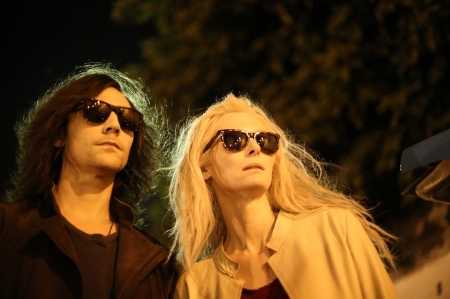 Only Lovers Left Alive – Jim Jarmusch takes on vampires and concocts one of the odder, more invigorating undead love stories of recent years, Tilda Swinton and Tom Hiddleston spellbinding as a pair of bloodsuckers trying to make sense of a world ripping itself to shreds much to their mutual dismay.

Proxy – Nothing is what is seems in Zack Parker’s Proxy, a tale of unspeakable, catastrophic horror that slowly and subtly morphs into something even more devastating. One of the best Psycho-like bait-and-switches I’ve had the pleasure to experience in quite some time.

The Theory of Everything – Felicity Jones and Eddie Redmayne give superlative performances in director James Marsh’s deeply moving biography of cosmologist and theorist Stephen Hawking’s early days as a student at Cambridge and his relationship with first wife Jane Wilde. Manipulative, yes, but still gets the job done all the same.

Under the Skin – Gender. Identity. Sense of self. What does it all mean? How do we construct the components of who we want to be and what we’re hoping to make of ourselves? These questions and more are at the heart of Jonathan Glazer’s sci-fi stunner, an ethereal Scarlett Johansson anchoring things with lithe, serpentine performance that’s so seductive it’s downright deadly. 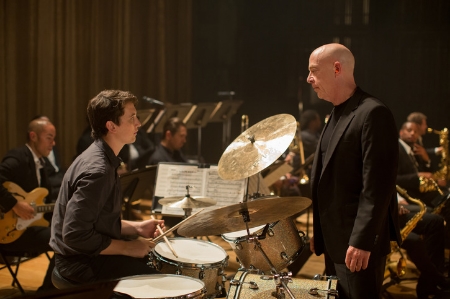 Whiplash – The rat-a-tat-tat rhythms of greatness flow through Damien Chazelle’s latest drama in ways that consistently energize and surprise, Miles Teller and J.K. Simmons facing off as gifted pupil and his fiery, abusive teacher both intent on seeing musical genius come into being. I’d say the director did a “good job” here but I’d be afraid he’d throw a cymbal at my head.

Wild Tales – The less one knows about this euphorically nasty Argentinian anthology tale the better, filmmaker Damián Szifron unleashing a series of unconnected stories about the murky, bitter nastiness of the human condition that’s as insightful and intelligent as it is macabre and, most of all, fun.

A Second Twenty (because I can)

American Sniper, The Babadook, Begin Again, The Boxtrolls, Breathe In, Captain America: The Winter Soldier, Edge of Tomorrow, Enemy, The Fault in Our Stars, Godzilla, Gone Girl, I Origins, The Imitation Game, Joe, Lucky Them, Nightcrawler, The One I Love, The Rover, Two Days, One Night, X-Men: Days of Future Past 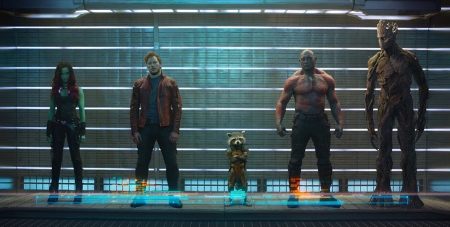 About Last Night, Almost Human, As Above So Below, The Art of the Steal, At the Devil’s Door, Bad Words, The Battery, Blood Glacier, The Book of Life, Camp X-Ray, Chef, Chinese Puzzle, Comet, Dead Snow 2: Red vs Dead, The Den,  Fury, Get On Up, Guardians of the Galaxy, Hellion, Honeymoon, How to Train Your Dragon 2, Inherent Vice, Interstellar, John Wick, Laggies, Late Phases, Lucy, Mr. Peabody & Sherman, Muppets Most Wanted, Neighbors, Oculus, The Purge: Anarchy, Ragnarok,  The Raid 2, Raze, Rigor Mortis, The Sacrament, Snowpiercer, St. Vincent, Stranger by the Lake, Top Five, Tracks, Veronica Mars, A Walk Among the Tombstones, Wild, Willow Creek, Wish I Was Here 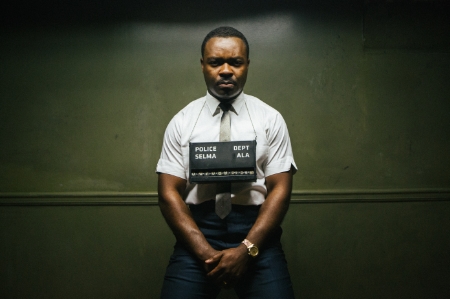