I can’t remember the last time I saw a film in January and then remained enamored with it to such a colossal degree for the remainder of the year, but that’s exactly what has happened as it pertains to director Paul King’s sequel. This divine marvel of an empathetic charmer is a family-friendly confection that is exactly the movie the world needs right now. It’s a masterpiece of emotional nuance, and as Aunt Lucy says, if we’re kind and polite the world will be right, and if there’s any sentiment I want to become a reality in 2019 it has to be that one.

Speaking of empathy, Alfonso Cuarón’s masterful reminiscing on his Mexico City childhood Roma is one of the more profoundly moving achievements I’ve seen in a very long time. This is a movie that weaves through time and space with precision, this journey into the past just as much a sly commentary on the future as it is a heartfelt recollection of people and places gone by. A visually stunning meditation on life’s various unforeseeable vagaries, I don’t think I could have loved this film more had I actively tried.

In what was a stunning year for horror, to my mind Coralie Fargeat’s incredible, genre-bending thriller Revenge clearly stands at the top of the heap. This French-Canadian production is a marvel of storytelling bravado that puts a decidedly character-driven and feminist spin on the tired rape-revenge subgenre, slamming things on their head in ways that are spellbinding. It’s all centered around a ferocious performance from young Matilda Lutz that’s both one of the year’s best as well as one of its more disappointingly forgotten.

Whoa. That’s the reaction I had walking out of the theatre after watching director Carlos López Estrada and screenwriters/stars Daveed Diggs and Rafael Casal’s jaw-dropping Blindspotting. In a year where a number of incredible films looked at race, racism, police brutality, gentrification and economic inequality, this one stood out from the pack. This insightful and vicious satire exploded across the screen like an angry lightning bolt, Diggs and Casal’s unrelenting, clear-eyed script a masterclass of mood, character and story that’s phenomenal. To put it even more simply, this film is perfect.

The first of two “gay conversion therapy” dramas to see a release this year (the frustratingly didactic Boy Erased being the other), Desiree Akhavan’s sublime adaptation of Emily M. Danforth’s best-selling novel is an insightful character study that is as compassionate as it is merciless. Featuring incredible performances from Chloë Grace Moretz, Sasha Lane and Forrest Goodluck as a group of teens sent by their parents to have their homosexual urges “fixed,” what’s wonderful about this motion picture is just how understandingly cathartic it ends up being. It treats these teens with level of unvarnished respect that’s inspiring, the film building to a series of final scenes that are heartbreaking and euphoric in almost equal measure.

An electrifying caterwaul of terrifying human demons coming home to roost, Lynne Ramsay’s You Were Never Really Here is a noir genre barnburner where what is unsaid and is left unexplained is every bit as haunting and as intimately affecting as what is clearly spelled out. Centering on a stunning performance from star Joaquin Phoenix (who, what with this film, Don’t Worry, He Won’t Get Far on Foot and The Sisters Brothers had a 2018 to remember) as a mysterious enforcer with a shady background who goes on a brutal and bloody journey of self-discovery, this movie is an emotional marvel that cagily snuck up on me only to deliver a swift eye-opening slap to the face. Ramsay’s latest shook the pillars of my expectations for what a story like this could be, and personally I can’t wait to see what the supremely talented director has in store for me to watch next.

45 Years and Weekend director Andrew Haigh has delivered another gripping human drama with this masterful adaptation of author Willy Vlautin’s novel Lean on Pete. An observational road trip through Oregon and Washington State Fairs that slowly and seductively morphs into an invigorating cross-country journey that revels in the most minute and intricate corners of the American experience, the film touches on a number of complex themes as it delicately trots towards conclusion. This coming-of-age fable is anchored by an exceptional performance from youngster Charlie Plummer as a boy searching for answers to questions he can’t quite put words to in order to ask them aloud. Filled with a plethora of moving moments and haunting images, Haigh once again shows himself to be a consummate craftsman who will always put people and their personal experiences first, his films essential pieces of character-driven cinema worth celebrating.

Leave it to idiosyncratic The Lobster and Dogtooth wunderkind Yorgos Lanthimos to flip his storytelling script once again, the esteemed filmmaker delivering an 18th century backstabbing comedic melodrama overflowing in palace intrigue, political maneuvering and feminine wiles. In the process, he showcases three incredible actresses (Olivia Coleman, Rachel Weisz and Emma Stone) at the absolute top of their respective games, each of them reveling in the delectable choice bit of dialogue Deborah Davis and Tony McNamara’s crafty screenplay delivers in spades. It’s magnificent, the whole thing such devious Machiavellian fun watching it only once is impossible.

I can’t get Spike Lee’s explosive drama/comedy/thriller/social commentary out of my head. It’s rambunctious and wild, splintering into a variety of directions at any given moment, sometimes in ways that are too bizarre for them ever to comfortably work. Yet the film has a controlled, angry urgency that’s all-encompassing, and while this story of a Black Colorado detective infiltrating the KKK along with his White Jewish partner defies belief (even though it’s all true), Lee transforms this heroic tale into a cautionary parable spotlighting the modern societal evils the U.S. is in danger of succumbing to right this very second. James David Washington and Adam Driver give two of the year’s best performances, while a brief sequence featuring Harry Belafonte is one of the single greatest pieces of cinema I’ve had the immense pleasure to experience in all of 2018.

10. What They Had (D: Elizbeth Chomko) [Interview with Elizabeth Chomko]

What could have been a somewhat standard disease-of-the-week story instead bursts into something vital and emotionally pure under the guidance of writer/director Elizabeth Chomko. What They Had treats its tale of a close-knit family dealing with a member battling the latter stages of Alzheimer’s with honesty, restraint, maturity and heart, the filmmaker intermixing humor, heartache and anger with confidently understated grace. Hilary Swank, Michael Shannon, Robert Forster and Blythe Danner all deliver performances that deserve to be right in the middle of the Oscar discussion (yet sadly aren’t), and in my opinion this is one Douglas Sirk meets Nicole Holofcener melodrama I am positive the passage of time is going to be more than kind to.

A fascinating aerial exploration of a free climber’s obsession to scale the supposedly unclimbable Yosemite’s 3,000ft high El Capitan Wall without the use of ropes or anchors. Unforgettable.

Love, Gilda (D: Lisa D’Apolito) [Interview with Lisa D’Apolito]
A beautiful heartfelt journey looking at the life and career of Gilda Radner almost entirely told utilizing her own words. Broke my heart and uplifted my spirits in almost equal measure.

In 1980 a trio of identical triplets who were adopted to three different families meet accidentally and are shocked to discover they were separated at birth, the reason why a shocking revelation that broke my heart into tiny little pieces.

Won’t You Be My Neighbor? (D: Morgan Neville) [Interview with Morgan Neville]
This tenderhearted marvel about Presbyterian minister turned long-time PBS television host Fred Rogers is an empathetic gem that shows us all just how important a neighborhood built on kindness, honesty and respect can change the lives of all who live there, maybe even the world as well. Essential viewing. 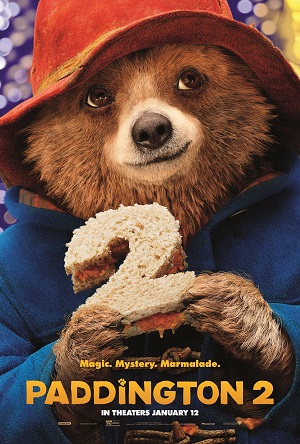