Last year I decided to stop doing a “Worst of the Year” list. I just didn’t feel like ragging on a bunch of poorly made films that didn’t need additional anger and derision thrown their way. However, I did start doing a “Most Disappointing” list as there were plenty of motion pictures I felt had potential that for whatever reason they sadly never lived up to. This doesn’t mean they were bad, per se, and some might even be worthy of a look. But for whatever reason none of these ten sat well with me, and when I think back on each title doing so cannot help but make me feel more than a little bit sad.

Without further ado, and in alphabetic order, my picks for the ten most disappointing films of 2018:

Even though it’s a massive box office hit and Rami Malek’s performance has been justifiably lauded by almost everyone, I still get angry thinking about this misbegotten musical biography of Queen lead singer Freddie Mercury. It’s a glossy, insipidly plotted misfire that does its central figure a colossal injustice, and if any other movie wasted near as much potential as this one did I can’t for the life of me think which one that happened to be.

The latest entry in J.J. Abrams otherworldly universe was shuffled off to Netflix after Paramount realized this science fiction-thriller didn’t rise to the same heights as either of its predecessors (Cloverfield, 10 Cloverfield Lane). While hardly a disaster, other then the novelty of its surprise post-Super Bowl debut there wasn’t a lot here to get too excited about and its easy to see why the studio decided against risking it become a theatrical disappointment back in February.

The Girl in the Spider’s Web (D: Fede Alvarez)

While Claire Foy ably stepped into the shoes made famous by Noomi Rapace and Rooney Mara, and even though Fede Alvarez has the requisite skill to stage an action sequence with invigorating ingenuity, this continuation of hacker Lisbeth Salander’s story still falls remarkably short. The movie, based on a book by David Lagercrantz and NOT the late, great Stieg Larsson, features a plot that attempts to transform the vigilante feminist hero into some sort of international spy (more or less) and in doing so erases almost everything about her that made Lisbeth interesting in the first place.

Utilizing the skills of the Jim Henson Company in service of an adult-oriented comedy set in a world where humans and puppets coexist and a pair of estranged detectives are forced to put their differences aside to solve a mysterious set of murders, the creative magicians behind this film are far too talented for this to be a total misfire. But none of it works as well as intended, and after awhile the whole thing grows increasingly tiresome and other than a few visual treats sprinkled throughout I found precious little about this aggressively mean-spirited comedy to keep me interested in anything that transpired.

There’s a lot to love about Jeremy Saulnier’s latest, not the least of which is the feeling of overwhelming austere melancholic dread that covers the entire story like a blanket of foreboding doom as well as star Jeffrey Wright’s toweringly self-contained performance as a wolf expert called to a remote Alaska town to investigate the case of a missing six-year-old boy. But for whatever reasons I never got caught up in this one like a I wanted to, Saulnier and screenwriter Macon Blair’s adaptation of William Giraldi’s novel so ephemerally nondescript in developing its collection of characters I never developed an emotional attachment to what was going on. Still worthy of a look, but the fact I still felt estranged from this one by the time it came to an end couldn’t help but make Hold the Dark, for me at least, something of a moderately frustrating disappointment.

To put it bluntly, I feel like this CGI-heavy adaptation of Beatrix Potter’s classic stories physically assaulted me. The voice cast led by James Corden, Elizabeth Debicki, Margot Robbie, Daisy Ridley and Colin Moody is fine. The human performances from Domhnall Gleeson and Rose Byrne are both terrific. But the movie bastardizes the source material to such an extent watching it proved to be a torturous experience, and any of the life-lessons and family-friendly morals so delicately found in Potter’s stories are so buried in all of the vulgar malodorous dreck discovering them inside this movie proves to be practically impossible.

Steven Spielberg’s adaptation of Ernest Cline’s best-selling novel about pop culture and gaming in a dystopian future looks and sounds terrific; I don’t think this comes as a surprise to anyone. But the movie doesn’t seem to know what to do with the more rancid aspects of the source material, and while there are attempts to show how things have changed in the wake of Gamergate, #TimesUp and #MeToo, most of them are so muddled and so unfocused it is almost as if no one involved understood the best way to address them. Even the film’s justifiably vaunted journey into the Overlook Hotel doesn’t hold up very well in retrospect, the whole movie a nostalgia-driven misfire that comes perilously close to be unwatchable.

I loved 2015’s Sicario. It’s one of my favorite films of this decade. Sicario: Day of the Soldado picks up where that film left off and focuses on the characters portrayed by Josh Brolin and especially Benicio Del Toro, and while both actors (especially the latter) are excellent, the scenario trades in ever more unctuous racial and gender stereotypes than its predecessor did. While that’s likely the point, the fascist undertones residing in returning screenwriter Taylor Sheridan’s script are frequently ugly and frustratingly don’t lead to a larger thematic point. It’s something of a fascinating, off-putting mess, and while hardly a disaster considering the pedigree of all involved I expected a heck of a lot better than this.

Adam McKay’s Vice utilizes the same storytelling technique the writer/director incorporated into his Oscar-winning housing crisis and banking meltdown satirical drama The Big Short and results aren’t anywhere near as pleasing. While magnificently cast (Christian Bale delivers a performance for the ages) across the board and not without some awesome moments, the movie is still a hyperbolic mess that doesn’t treat its audiences with anything approaching respect or intelligence. What it says about former Vice President Dick Cheney and the results of his and President George W. Bush’s time in office isn’t revelatory or thought-provoking, Vice more interested in trading in cheap jokes and facile satirical observations then it is in digging beneath the surface to find any larger universal truths.

No movie in all of 2018 made me as furious as this one did. Not only does it do a mindboggling disservice to the 2010 documentary Marwencol that inspired it, the film treats artist Mark Hogancamp with a level of clueless disdain that’s spectacularly off-putting. As magnificent as the technical aspects are, even those grow tiresome as the story goes along. It’s as if no one involved knew anything about any of the various themes being explored and talked about, all of them so afraid to explore them in any sort of detail they apparently instead thought a saccharine, melodramatically distasteful exploration of Hogancamp’s story was the way to go. It goes without saying, I expect more from Robert Zemeckis. 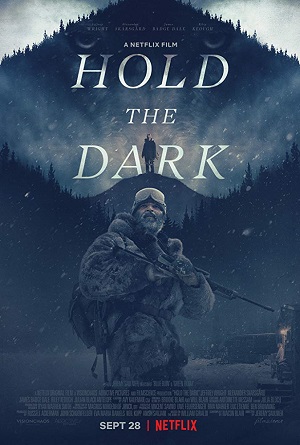