2018 Recap
Paddington 2 and Roma Lead the Way as the Best of a Very, Very Good Year in Cinema

Seems like every year I say something along the lines of, “It’s been a great year for movies.” Each year I mean it. But then I watched just over 200 features in 2018, and for the life of me I can’t imagine the average moviegoer is given the same opportunity. Still, whenever someone comes at me and claims it was a subpar year for cinema I still glance at them cross-eyed. Their saying that usually means they didn’t look too far beyond whatever $100-million production was coming out of a major Hollywood studio, that they didn’t take the time to head to their local art house theatre and see any of the foreign or independent titles that might have been playing. It also likely means they didn’t dig too deeply into their VOD, Amazon Prime or Netflix queues to see if anything outside the ordinary might have been sitting there waiting to be discovered. 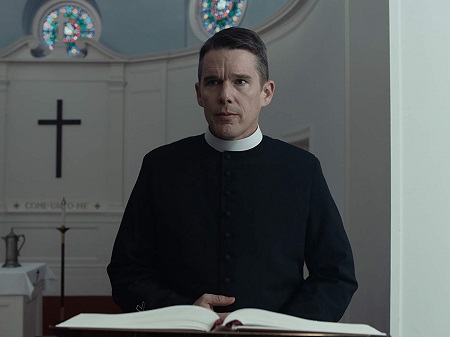 All that said let me emphatically state 2018 was an extraordinary year for cinema. Not since 2007 have I had so much trouble compiling my personal top ten list. I can’t help but think there are a solid 20 or so features that could possibly stand the test of time and end up being considered classics not too far in the foreseeable future. My own top 100 for the year is overflowing in titles I’d have no trouble whatsoever watching multiple times, a large handful of those speaking to me in an intimately personal manner that often caught me by surprise. There were films that challenged, startled, inspired, educated, entertained, offended, terrified, bewildered and wowed me, and even better on multiple occasions these past 12 months I was happily reminded what it was that inspired me to write about cinema in the first place.

Goodness knows I needed that reminder this year. With the world seemingly crumbling around us, to see so many filmmakers out there challenging our perceptions of what the medium can be and embracing diversity in so many clever and thought-provoking ways couldn’t help but bring a smile to my face. Legends like Spike Lee (BlacKkKlansman), Hirokazu Kore-eda (Shoplifters), Alfonso Cuarón (Roma), Claire Denis (Let the Sunshine In), François Ozon (Double Lover), Stephen Soderbergh (Unsane), Gus Van Sant (Don’t Worry, He Won’t Get Far on Foot) and Paul Schrader (First Reformed) delivered fascinating efforts that offered up plenty of food for thought, while rising stars like Lynne Ramsay (You Were Never Really Here), Yorgos Lanthimos (The Favourite), Debra Granik (Leave No Trace), Barry Jenkins (If Beale Street Could Talk), Brett Haley (Hearts Beat Loud), Marielle Heller (Can You Ever Forgive Me?), Ryan Coogler (Black Panther), Steve McQueen (Widows), Damien Chazelle (First Man) and Karyn Kusama (Destroyer) cemented their status as talented newcomers worth continuing to get excited about.

This was also a year when Marvel’s decade of methodically building their comic book mythology finally paid dividends, their triple-whammy of Black Panther, Avengers: Infinity War and Ant-Man and the Wasp appeasing fans and non-fans alike in almost equal measure. But DC and Warner Bros bounced back themselves with the hyperbolic craziness that was Aquaman, while Fox’s Deadpool 2 once again showcased there is indeed an R-rated market for superhero antics just as long as both the audience and the source material are treated with intelligent (if still irreverent) respect. But the big winner in the comic book adaptation sweepstakes might just have been Sony. Not only did their critically maligned Venom sport a world-wide gross of almost a billion dollars, but the studio’s animated endeavor Spider-Man: Into the Spider-Verse might just go down as one of the best superhero films ever made. 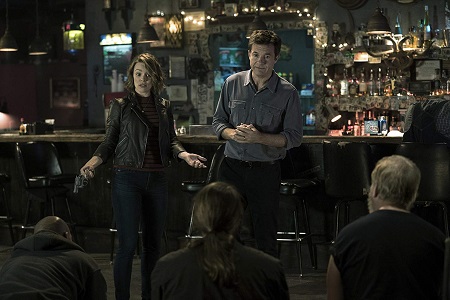 Nostalgia was once again in vogue in 2018, Mary Poppins Returns, Creed II, A Star Is Born, The Grinch, Christopher Robin, the female-driven Ocean’s Eight, Halloween, Mission: Impossible – Fallout, Incredibles 2, Jurassic World: Fallen Kingdom, Bohemian Rhapsody and Insidious: The Last Key all making general audiences various degrees of happy. Then there were the surprise hits like Crazy Rich Asians, A Quiet Place, Game Night, Love, Simon and Searching, each receiving their fair share of acclaim from both the ticket buying public as well as the majority of the critical establishment.

All-in-all there was plenty to talk about in 2018, that brief little recap only skimming the surface of all the possible topics for conversation. Nonetheless, here are my picks for the top ten motion pictures I had the pleasure to watch this past year along with a fair number of honorable mentions and alternate selections I feel are worthy of a look. Please keep in mind that these were my favorites, nothing more, and while I believe all of them are superior pieces of entertainment that doesn’t necessarily mean everyone out there is going to feel exactly the same. As always, like all forms of artistic expression cinema remains a personal experience that varies from one individual to the next. With that in mind, on to the list! 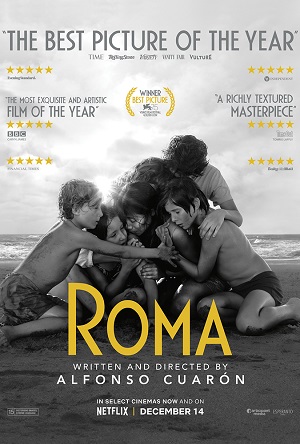