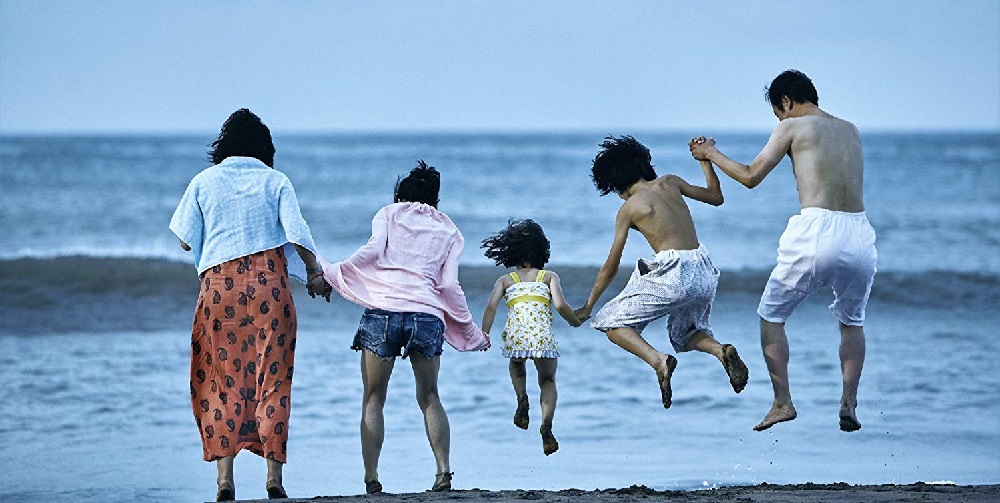 A SECOND TWENTY (because I can)

Jason Reitman’s latest features a script from Oscar-winner and frequent collaborator Diablo Cody (Juno, Young Adult) that’s one of 2018’s finest achievements, while Charlize Theron’s performance as a harried, over-stressed mother coming perilously close to the end of her rope is nothing less than magnificent.

Powerfully minimalist ticking-clock thriller about an angry Danish policeman working against his will in the Emergency Services call center who, at the tale-end of his shift, receives a phone call regarding a woman’s abduction that will change his life forever. Stunning stuff.

Brett Haley’s rambunctious drama is a celebration of family, love, friendship, growing up and most of all music, Nick Offerman and Kiersey Clemons creating such a beautiful father-son dynamic the overall spiritual effect it had over me was nothing short of magic.

This movie is an absolute marvel. Barry Jenkins follows up Moonlight with an adaptation of James Baldwin’s novel and creates a motion picture of such striking power and resonance its overall emotional magnitude is almost impossible to measure. The whole cast is aces, but Regina King‘s unrelentingly beautiful, emotionally rapturous performance in a key supporting role is an unforgettable stunner.

An unforgettable dramatic experience, director George Tillman, Jr.’s and screenwriter Audrey Wells’ adaptation of author Angie Thomas’ powerful novel is as entertaining as it is necessary, this titanic shout for equality and to have one’s voice heard above the cacophony of intolerance and violence that’s constantly attempting to drown it out. Amandla Stenberg is revelatory.

Living legend Hirokazu Kore-eda does it again, Shoplifters an emotionally shifting dreamscape of family, togetherness, regret and compassion that builds in any number of surprising and sometimes shocking ways as events progress towards their sympathetically pure conclusion. This one might be a masterpiece. More importantly, it’s a film I plan on revisiting multiple times in the future.

Debra Granik’s Leave No Trace is the kind of introspective sojourn into the human experience that, once seen, leaves a lasting imprint that will never completely vanish. It’s unforgettable, featuring performance from veteran character actor Ben Foster and newcomer Thomasin McKenzie that are without question two of 2018’s absolute best.

Chloé Zhao’s The Rider is the year’s most visually gorgeous film. It’s also one of its most emotionally uncontaminated and hauntingly affecting, this story of South Dakota cowboy Brady (inspired by the life of, and played magnificently by, real life cowboy and former rodeo star Brady Jandreau) and his family trying to eek out their day-to-day existence on the Pine Ridge Indian Reservation an absolute triumph. See it at once.

I admit that the first time I watched Bo Burnham’s stunning debut I did so looking through much of it through the spaces between my fingers that were uncomfortably covering my eyes. But, looking deeper, the movie’s unvarnished honesty, its unhesitant openness, all of that bursts into flawless clarity as events in young Kayla’s (a magnificent Elise Fisher) life move more and more into focus. It’s Gucci.

A macabre dance with death, Luca Guadagnino’s daring take on Dario Argento’s landmark classic Suspiria doesn’t so much reinvent the material as take it into its own, magnetically deranged realm that allows the film to be its own unique thing and step outside of the massive footsteps of its predecessor. It only grows in resonance and power the more I keep thinking about it, the dexterous layers of this malevolent ballet a leap into the human abyss that’s beyond extraordinary.

Director Marielle Heller follows up her incredible drama The Diary of a Teenage Girl with an equally magnificent tale based on the memoir of celebrity biographer Lee Israel and written by Nicole Holofcener and Jeff Whitty. Featuring Melissa McCarthy in the performance of her career and with an equally marvelous Richard E. Grant providing exceptional support, this movie is fearlessly unafraid to showcase a decidedly unlikable character inside a story where empathy and understanding are vital to the audience’s overall enjoyment of the film. That she achieves this isn’t a surprise. That she does so with such tenderness, grace and ease undeniably is.

Loves intense, oftentimes painful vagaries are on full display in director Paweł Pawlikowski’s Cold War, a devastating romance chronicling the strange, whirlwind connection between a Polish composer and musician (Tomasz Kot) and the dancer/singer (Joanna Kulig) he helped discover and champion. The pair drift in and out of one another’s lives even though they are separated by political and social complications that make their being together close to impossible, each trying best they can to get on with their respective lives even as the ethereally haunting specter of the other makes doing so close to impossible. Magnificent.

Regina Hall gave my favorite performance from any actor this year in a marvelously contemplative story centered on the harried manager of Hooters-like Florida sports bar who attempts to make it through the day putting her employees first and the wants of her shortsighted boss last on her list of to-dos. Andrew Bujalski’s drama is an empowering shout-out to all those working-class heroes juggling multiple metaphorical balls at one time, understanding the greatest victory can sometimes be a shout of righteous anger into the air and the bonding of friends helping one another get perspective on any number of life’s frustrating indignities.

Christopher McQuarrie and Tom Cruise light the fuse on this latest entry in the long-running action franchise, and in the process not only craft arguably the best film of the series but maybe even the year’s most spectacular piece of adrenaline-fueled pop entertainment. Featuring eye-popping practical stunt work, immersive sound design, magnificent visuals, crackerjack editing and, most important of all, an emotionally honest, character-driven script worthy of all the fuss.

Steve McQueen’s character-driven thriller was a film tragically overlooked by audiences during its initial release, this razor-sharp suspense effort a spellbinding character study that allows the four women at the heart of the story to take command of the respective fates no matter what the consequences. Featuring an all-star ensemble for the ages, this is a dynamic effort that builds in passionate tenacity as it goes along, its final moments a subtly unforgettable masterstroke of intelligent ingenuity that are downright haunting.

I can’t get this Christmas-set high school musical comedy centered around a zombie apocalypse out of my head. From its incredibly memorable songs (I’ve been singing “Hollywood Ending,” “Soldier At War” and “Human Voice” pretty much on a loop for a month now), to its inventive set pieces, to its sparkling use of blood and gore, this is a divine piece of imaginative entertainment that’s as close to wonderful as anything I ever could have hoped for. No question a future cult classic, John McPhail’s film is guaranteed to become a holiday staple in my personal household for many, many years to come.

John Krasinki’s clever, undeniably creepy horror effort might not be entirely believable when one takes a few steps back and starts analyzing all of its various bits and pieces, but that doesn’t for a single second make its power to terrify any less substantial. Emily Blunt and Millicent Simmonds delivering magnificently compelling performances, while Krasinski (who co-stars) directs with a shockingly confident hand as he orchestrates all of this madness and mayhem in a manner that is inventively creative in its cutthroat elegance. A surprise box office hit that deserved every bit of the audience adulation and critical approval that ended up coming its way.

Everything in Marvel’s decade-long cinematic universe may have been building towards the release of Avengers: Infinity War, but the biggest superhero adventure of the year just happened to be the movie that preceded that one by almost a full three months. Ryan Coogler’s Black Panther reinvigorated the genre like no other movie this year (and that includes the equally magnificent Spider-Man: Into the Spider-Verse), and for a variety of reasons this is the type of kick-butt piece of comic book entertainment that gets me excited to discover what the genre might have in store for us in the future.

Kiera Knightley delivers one of her best performances as French author/actress/icon/pioneer Sidonie-Gabrielle Colette, this sparkling gem of a biopic looking at her romantic entanglement with showman Henri ‘Willy’ Gauthier-Villars (Dominic West) a vibrantly alive drama that’s as feisty and as fiery as the woman whose story it is telling. A refreshingly honest look at gender and equality at the turn of the 20th century that’s just as vital and important here now in 2018 as it ever was back during the early days of the 1900s.

WORTH SEEING (if not best-of-year material) (in alphabetic order} 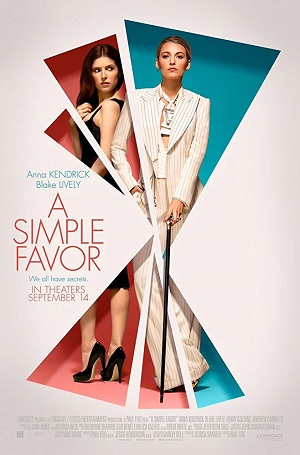