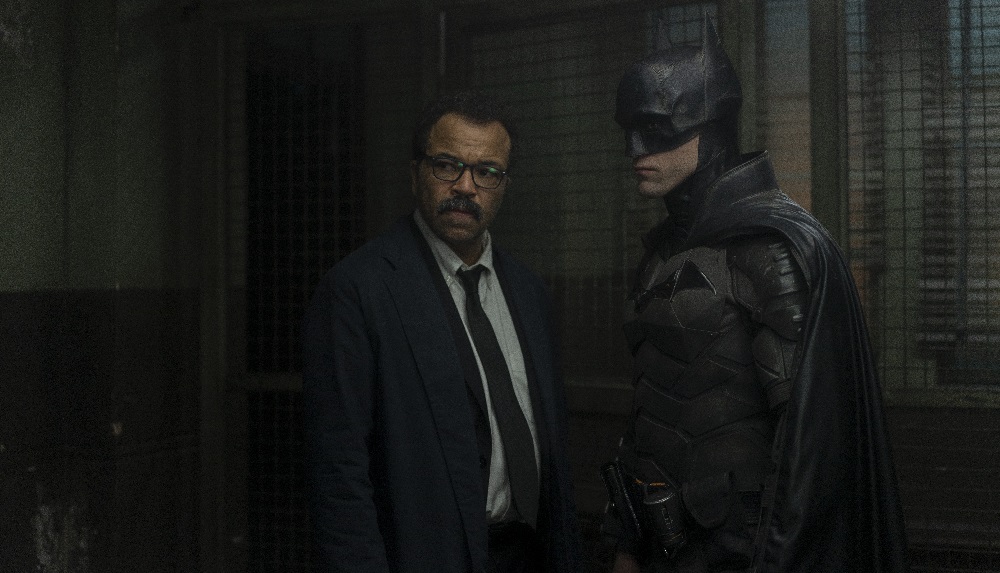 If nothing else, director Matt Reeves’ The Batman is ambitious. Nearly three hours long. Featuring an intricately plotted narrative written by Reeves and Peter Craig (Bad Boys for Life) that comes across like a modern police procedural crossed with a 1970s-style neo-noir more than it does a modern comic book adaptation. Putting extra emphasis on character development and less on showcasing a never-ending stampede of energetic action set pieces. Deadly serious with precious few instances of deliberate humor.

It’s a lot to take in, and I give Reeves props for convincing Warner Bros. to allow him to go so far out on a potentially audience-unfriendly limb with the studio’s most profitable DC superhero. No one is playing it safe, and on rewatch I imagine that on a rewatch, all of the film’s stunning highs will make the frustrating lows feel a bit more insignificant than they do right now.

But that’s not how it feels at the moment. After a spectacular string of success that began with 2008’s Cloverfield, continued with 2010’s Let Me In, and culminated with the soaring double-whammy of Dawn of the Planet of the Apes in 2014 and War of the Planet of the Apes in 2017, here Reeves has delivered something of a mixed bag. While there’s much to love, I cannot say I walked out of The Batman satisfied. It is a motion picture whose parts are more impressive than the whole, and watching it is something of an exhilarating endurance test.

It has been two years since billionaire Bruce Wayne (Robert Pattinson) secretly took up the mantle of the vigilante crimefighter known throughout Gotham City as the Batman. His name has become synonymous with the word “vengeance,” and every time his signal lights up the sky, criminals stare into darkened alleys wondering if he’ll come striding out to inflict unimaginable pain upon them.

There’s a new threat to the city, one enamored with and emboldened by his antics. They have begun executing many of Gotham’s most powerful figures, including the mayor, leaving behind cryptic riddles for the hero to decipher. While Lt. James Gordon (Jeffrey Wright) is open to getting assistance from the vigilante, others in the department aren’t happy their boss is allowing the Batman the freedom to investigate free from supervision or restraint.

Needless to say, this new bad guy gets tagged with the nickname “Riddler,” and, as portrayed by Paul Dano, he is a jittery sparkplug overflowing in rage toward a corrupt political status quo and a citizenry at large, who he feels have been negligent in doing anything to change this. It is a deliciously nasty performance, one that drips in the grimy, unwashed vindictiveness of toxic masculinity left unrestrained.

This on its own would be an intriguing take on one of Batman creator Bob Kane’s more iconic characters. It’s as if Reeves and Craig want their film to be the antithesis to Todd Phillips’ Joker. This is no celebration of white male anger. They’re trying to start a valuable discussion, especially as they compare the Caped Crusader to the Riddler, showcasing how they easily could be two sides of the same coin if the former keeps wandering down back alleys looking only for vengeance and nothing else.

I adore this aspect of the production. There is a point where Bruce Wayne/the Batman must decide who he is going to be and what he wants the people of Gotham to think about him. For fans of the character, the choice may feel obvious. But in this iteration, it’s an actual question mark as to what he is going to do. Will the Batman remain nothing more than a hardened vigilante pulverizing his prey before turning them over to the police? Or will he embrace the mantle of hero, and in the process become a symbol of hope people can emulate and be proud of, no matter who they are or what their background?

But all this gets muddied by the convoluted procedural happening around the two characters. This is Zodiac without the nuance, Se7en without the shock value or intense terror. In an attempt to allow the Batman to own up to his duty as “The World’s Greatest Detective,” Reeves sets the ominous mood and provides the appropriate backdrop — and then forgets to provide decent clues so the guy can effectively do his job. Instead, the hero stares intently or flips through various pieces of paper, coming up with solutions to many of the Riddler’s puzzles as if he’s pulling them out of thin air instead of meticulously putting each piece together to decode the cryptic ciphers.

Then there are the numerous subplots. Some of them are interesting, most notably Selina Kyle (Zoë Kravitz) — a.k.a. Catwoman — and her connection to a potential witness to the mayor’s illegal activities, which led to the Riddler to single him out for judgment. Even though not a lot of time is spent with her, Kravitz makes her connection to Selina heartbreakingly genuine. I could feel her anger, despair, and fear as she does what she feels is necessary to discover what has happened to her suddenly vanished friend.

Not working near as well are connective offshoots concerning Gotham crime boss Carmine Falcone (John Turturro) and his venal enforcer Oswald “Penguin” Cobblepot (Colin Farrell). While both actors are exceptional — the latter especially so even under layers of prosthetics making him unrecognizable — whenever the film shifts its focus to either of them, the whole thing comes to a perplexing stop.

Moreover, an additional subplot tying Falcone and Kyle together even more intimately doesn’t work. While I like that Reeves and Craig shake up the source material, everything about this relationship is inelegantly shoehorned into the proceedings to the point that it came across as irritatingly inauthentic. It’s only thanks to the mesmeric strength of Kravitz and Turturro as actors that I refrained from rolling my eyes in disbelief during the pair’s big moment.

Yet I remain torn. Veteran Greig Fraser (Dune, Zero Dark Thirty) shoots the heck out of the picture. As dark as it is, shadow and light still bounce off one another in increasingly fascinating patterns. There is a transcendently immersive depth to the visuals, and a car chase between Penguin and the Batman so magnificently constructed that it ends up being one of the best of its type I’ve seen in years. Even better is an early moment where the Caped Crusader first appears, emerging from a darkened corner to battle a group of clownish thugs as if he were a demonic entity rising out of Hades to send fresh souls into pits of fiery damnation.

There is something triumphant about Reeves’ The Batman, and I do like where the film leaves the character before the screen fades to black. But so many aspects don’t come together, each refusing to resonate no matter how much I wished otherwise. The themes never coalesce, and while this version of the character has its strengths, I worry that the weaknesses of the mystery surrounding him are just too great for the hero to overcome. 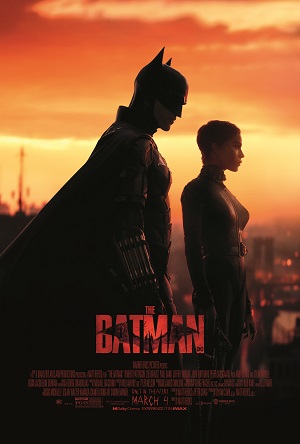