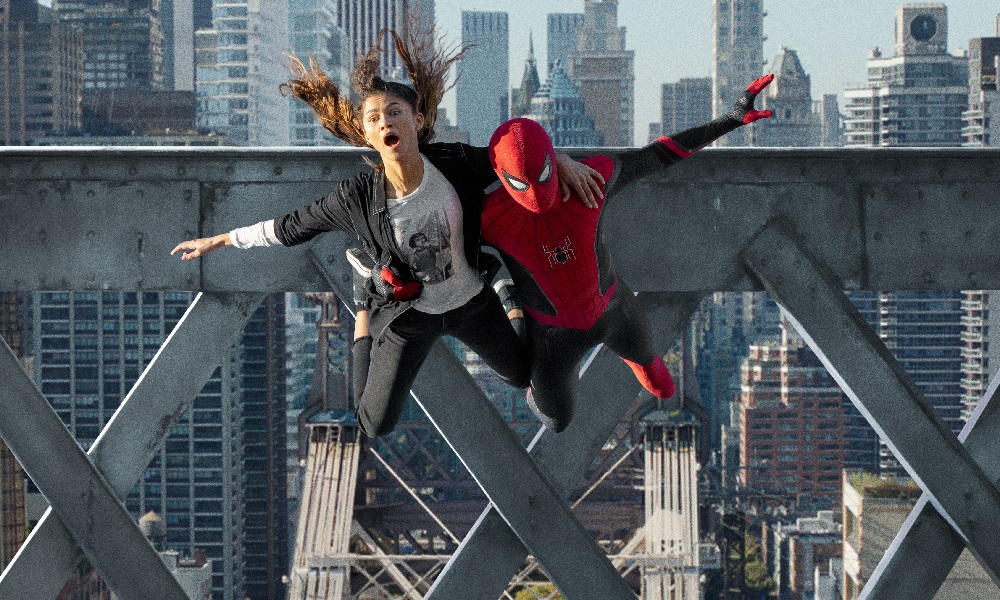 After toying around and hinting at the multiverse in Avengers: Endgame, WandaVision and most blatantly at the tail end of Venom: Let There Be Carnage, the Marvel Cinematic Universe dives headfirst into its messy complexities with Spider-Man: No Way Home. Bringing together characters from the MCU, the Sam Raimi-directed films of the 2000s and the two The Amazing Spider-Man adventures from 2012 and 2014, this third solo adventure for Tom Holland’s iteration of Peter Parker and his web-slinging alter ego is nothing if not ambitious.

It’s also a lot of fun. Even better, it is the first story featuring the MCU’s version of Spider-Man that makes him the primary star of his own motion picture. Even with Doctor Steven Strange (Benedict Cumberbatch) occupying a key role in all the realm-bending shenanigans, Peter is freed from the baggage of trying to play in the shadow of the Avengers, and that could not be said about either Spider-Man: Homecoming or Spider-Man: Far From Home.

Gone are the Tony Stark/Quentin Beck mentor issues. In their place is a story of Peter trying to navigate a world that suddenly knows his secret identity and blames Spider-Man for the devastating events in Europe during his summertime class trip. While the toll on him has been substantial, the youngster is more worried about his Aunt May (Marisa Tomei), best friend Ned Leeds (Jacob Batalon) and new girlfriend MJ (Zendaya). They’re getting hammered in the media and by other outside forces, with both Ned and MJ not even getting into college because of their close ties to Spider-Man.

That’s when Peter hits on an idea. What if the world forgets he’s Spider-Man? Doctor Strange, the former Sorcerer Supreme, is willing to cast a spell that will do just that, but Peter doesn’t realize this requires everyone, everywhere to forget who he is — and that includes Aunt May, Ned, and MJ. He will no longer be an Avenger. He won’t have any place to call home. He’ll be on his own. Peter didn’t think this through very well, and now that Doctor Strange is casting the spell, he’d rather call the whole thing off.

This sudden stoppage leads to disaster, of course, and thus the door is open to villains from those previous Spider-Man motion pictures to return. Willem Dafoe (Norman Osborne/The Green Goblin), Alfred Molina (Dr. Otto Octavius/Doc Ock), Jamie Foxx (Max Dillon/Electro), Thomas Haden Church (Flint Marko/Sandman) and Rhys Ifans (Dr. Curt Connors/The Lizard) are all back — although the latter two are strangely uncredited — and it’s likely that audiences will loudly cheer when each makes their initial appearance.

The opening half setting all of this up is something of a moderate slog. Picking things up where Spider-Man: Far From Home concluded, it takes a little while for director Jon Watts and screenwriters Chris McKenna and Erik Sommers to hit their collective stride. Visually herky-jerky, things move in laborious fits and starts, with only a handful of relatively quiet moments that resonate: Peter, MJ, and Ned ruminating on their high school’s rooftop, a family meeting with Peter’s blind attorney where he assures them everything will be all right, another bit with the core trio learning whether or not they’ve gotten into college.

Things pick up when Peter heads off to see Doctor Strange, but as good as Holland and Cumberbatch are together, the constant quippiness of their interactions does grow tiresome. But this moderates as things move forward, allowing for more nuanced conversations between the pair. The reintroduction of the villains from the previous franchises is also handled surprisingly well, especially as it pertains to Norman Osborne, Max Dillon and Flint Marko. Unsurprisingly, it is Molina as Dr. Octavius who makes the biggest, most memorable impression, and I really liked the journey McKenna and Sommers took the character on for his return engagement.

Where the worm turns is the moment Peter realizes that all of these supposed “bad guys” died fighting Spider-Man in their universes, and if Doctor Strange sends them back to where they came from they’re guaranteed to perish. Peter does not believe he can allow this to happen, feeling that if he can find cures for their various afflictions it will change what will transpire when they head home to their own timelines.

There are some basic paradoxes in all that craziness, and McKenna and Sommers don’t do the greatest job covering them up. However, what the screenwriters do accomplish is to finally have Peter sit down and come to grips with what being a hero is all about. He is forced to weigh things in ways he never has before, centering the character back into his own story and allowing him to finally — and hopefully — become the friendly neighborhood Spider-Man readers and audiences have adored since Stan Lee and Steve Ditko first created him in 1962.

The last third of Spider-Man: No Way Home is excellent. There is some wonderful closure for a few characters who never got any in their previous appearances, while this version of Peter Parker gets some agency largely disconnected from the rest of Earth’s mightiest heroes. The climactic battle royale is also stunningly well realized and orchestrated by Watts. Without question, it is the single best action sequence in any of the three Spider-Man films he’s directed.

The Raimi trilogy remains the gold standard as far as this character is concerned. But Watts and company finally stake a claim to making Spider-Man their own, and Holland has never looked more comfortable donning the red and blue spandex. If he can have more solo adventures as good as this one, I admit I’m finally curious to see where this version of the wall-crawler goes next. Here’s hoping he can stay out of the larger MCU for a while so that wish can maybe become a reality. 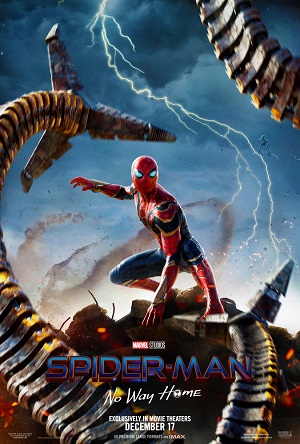