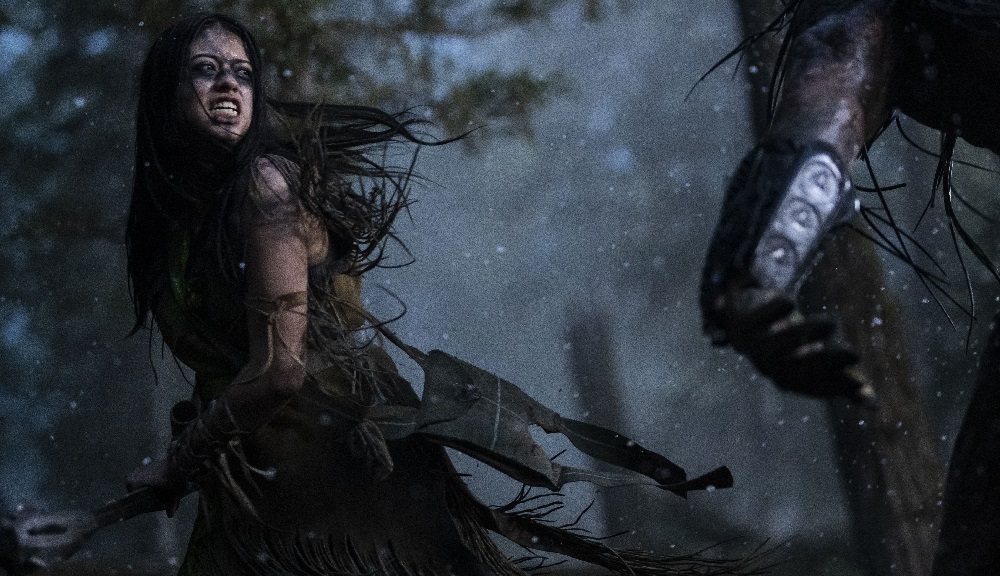 Prey is going to go down as one of 2022’s most entertaining motion pictures. It’s also one of the more unexpected titles in recent memory to hold that designation. Why? It’s another attempt to resurrect the Predator franchise, a series that started with brawny, two-fisted pugnaciousness in 1987 with John McTiernan (Die Hard) at the helm and star Arnold Schwarzenegger leading the way, only to be followed up by a series of sequels and spinoffs of varying quality, including 2004’s Alien vs. Predator, 2010’s Predators, and 2018’s The Predator.

But instead of trying to recapture McTiernan and Schwarzenegger’s lighting-in-a-bottle magic, savvy 10 Cloverfield Lane director Dan Trachtenberg eschews cheap nostalgia or any of the series’ more familiar tropes and goes in an entirely different direction – backward. In this case, 300 years backward, setting his story of the interstellar hunter visiting Earth for a deadly safari in the year 1719 in the Northern Great Plains.

Working closely with screenwriter Patrick Aison, Trachtenberg has crafted a gut-wrenching thrill ride of survival and fortitude. The story follows a small community of Comanche, who are cognizant of the bewildering new threat of French trappers invading their ancestral lands and slaughtering large herds of buffalo solely for their hides, leaving the carcasses to rot in the blazing sun.

Young female warrior Naru (Amber Midthunder) does not believe this is the only danger her people should be wary of. She’s discovered tracks in the forest unlike anything she’s ever encountered, prompting her to warn her mentor and friend Taabe (Dakota Beavers) that the tribe is in grave danger. Naru realizes it is not only the Comanche who are doing the hunting. Instead, they are also being hunted, and this near-invisible intruder is out to make trophies of them all.

Stripping things down to the essential components breathes new life into the series. For the first time since the late, great Kevin Peter Hall originated the character, the Predator (menacingly portrayed by former NCAA basketball star Dane DiLiegro) is scary again. His imposing physicality and lithe athleticism are merged with a lethally cunning viciousness that gives the creature a startling majesty, an almost supernatural quality that fits the early 18th-century time period beautifully.

This melds nicely within the domain the Comanche inhabit. This is a harsh environment in which blood is shed daily and sacrifices for the good of the community are routine. Arrows and hatchets are the weapons at hand, while the flint and steel muskets of the French trappers have a chilling mysticism that rips through flesh and bone. Building a fire takes patience and skill, and every member of the tribe must learn how each plant and creature fits into the natural world.

Juxtapose this against the Predator, a figure of almost supernatural power who can seemingly vanish at will, utilize weapons far beyond anything the Comanche have at their disposal, and dispatch a rampaging bear with only its hands. It hunts for sport and has no compunction about toying with its victim like a mountain cat teasing a scurrying rabbit before finally closing in for the kill.

There’s a fight between Naru and some of the more narrow-minded male members of her tribe that, while well staged and choreographed, didn’t feel entirely believable. I also didn’t buy the way a large contingent of French trappers is eventually introduced into the story. While their appearance is decently foreshadowed, there are so gosh-darn many of them, they become faceless clay pigeons in a shooting gallery for the Predator to pick off one at a time in rapid succession.

These nitpicks are thankfully minor and mostly inconsequential. Trachtenberg takes big swings with confidence, embracing his sequel’s R rating but never overdoing the blood and guts. Each death involving any of the Comanche, no matter how well we get to know them, is a massive shock to the system, and each step in Naru’s journey leads her to a final confrontation I couldn’t wait to see play out.

The almost exclusively Indigenous cast is uniformly excellent, with Midthunder and Beavers unsurprisingly stealing the show. The raw, primordially pugnacious score by composer Sarah Schachner (The Lazarus Effect) accompanies the action splendidly, while also honoring Alan Silvestri’s memorable Predator themes. The stunt choreography is some of the year’s best, with both Naru’s penultimate clash and her climactic smackdown with the Predator so spectacularly staged that I couldn’t contain my wide-eyed glee. The sequel is also stunningly shot by cinematographer Jeff Cutter (Office Christmas Party), so it’s a shame his lush widescreen visuals will only be seen at home and not in theaters, as they richly deserve to be.

That’s the biggest, and really only travesty about Prey. Trachtenberg has delivered a Predator adventure we’ve been waiting almost four decades to experience. His take on the character and its evolving mythology is ambitious, authentic, and most of all clever. He has delivered an action-horror masterwork that deserves the big-screen treatment. And while I’m happy people will get the opportunity to experience the film in the safety of their homes, not giving it at least a minimal theatrical exhibition as well is a befuddling shame. 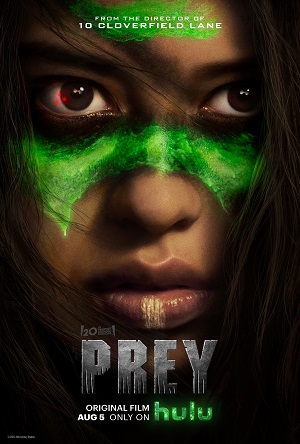