If anything is clear about this year’s 91st annual Academy Awards it is that absolutely nothing, nothing at all, is clear whatsoever. For reasons having almost nothing to do with the nominees themselves, the Academy of Motion Pictures Arts and Sciences (AMPAS) have done a marvelous job of undercutting what is supposed to be Hollywood’s primary showcase for what the industry itself feels are the best films and performances of the entire year. 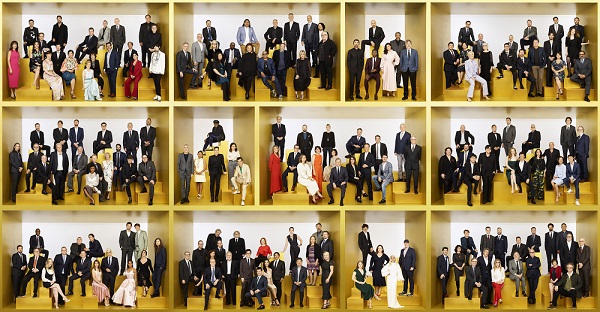 Broaching the idea of an ill-defined “Popular Film” category? A nonstarter that was almost immediately quashed. Not having the past year’s acting winners give out awards to this year’s nominees? That idea was dead on arrival. Not performing the Best Original Song nominees save for the two massive hits sung by international superstars with millions of fans all over the world? Lady Gaga reportedly didn’t like that, refusing to perform unless their fellow nominees received the opportunity as well. Awarding Oscars for Cinematography, Editing, Makeup/Hair Design and Documentary Short during a commercial break and broadcasting an edited version of each winner’s acceptance speech later in the broadcast? The uproar over that one was deafening, the AMPAS backtracking on that idea only days after announcing it publicly.

It’s been day after day of the people putting on this year’s Academy Awards shooting themselves in the foot and then pretending nothing happened even as they are limping across the room. Hire Kevin Hart as host only to have old homophobic and sexist jokes, comments and tweets re-enter the picture? He was gone within a couple of news cycles, his streak of promotional appearances ostensibly to promote his January hit The Upside turning into a long non-apology apology tour that was more embarrassing than it was anything else. This was literally only the tip of the iceberg, however, almost all of those aforementioned other bad ideas that were quickly reversed happening after the Hart hiring took place. It’s as if every move the producers have made has been the wrong one, leading many longtime viewers of the telecast wonder if they should even tune in this year.

And that’s all happened before we take a moment to talk about the awards themselves! In a landmark year where the first superhero film managed a Best Picture nomination (Black Panther), Spike Lee finally found himself nominated for Best Director for BlacKkKlansman and Netflix entry Roma from writer/director Alfonso Cuarón vies to become the first foreign language title to take the top prize, Academy members paired those titles against a ‘60s set racism comedy-drama (Green Book) that’s being attacked for both its historical accuracy and for its look at racism through the eyes of a bigoted white man as well as the critically reviled yet box office smash Bohemian Rhapsody, an audience-friendly musical biopic about Freddie Mercury whose director, Bryan Singer, was fired during production and who no one involved wants to mention even in passing once the film itself became a potential award winner. We hardly mention the fact that what on paper looked like an Oscar juggernaut, actor/director Bradley Cooper’s massively successful A Star Is Born remake with Lady Gaga, has practically vanished from the conversation. We barely process the fact that the female-driven, sex-positive historical masterwork The Favourite from director Yorgos Lanthimos has quietly become a Best Picture frontrunner. We barely talk about Adam McKay’s Vice at all save to laud Christian Bale’s performance as Dick Cheney and to wonder aloud how such a polarizing satirical drama managed to score so many Academy Award nominations outside of its one for Best Actor.

All-in-all it is a strange year. More than likely the Oscar telecast will be something of a magnificent train wreck thanks to all that the show’s producers have done, not done and then backpedaled immediately from doing. This supposedly host-less extravaganza (although some are now wondering if former Best Supporting Actress winner and four-time host Whoopi Goldberg’s unexplained absence from “The View” means she’s going to surprise everyone and unexpectedly emcee the event) is almost sure to overflow in shocking and surprising moments, many of which might not have anything to do with the actual nominees or eventual winners themselves.

As for those winners, even those are almost impossible to predict this year. There are no frontrunners. None. Even the perceived ones (Mahershala Ali for Best Supporting Actor in Green Book, Glenn Close for Best Actress in The Wife, “Shallow” from A Star Is Born for Best Original Song, Spider-Man: Into the Spider-Verse for Best Animated Feature) aren’t set in stone, and it’s very likely there will be multiple upsets in a number of categories that will catch everyone by surprise.

Personally, I’d love to see either BlacKkKlansman, Roma or The Favourite win Best Picture, and if Bohemian Rhapsody pulls off the upset (which is VERY possible) I’ll likely scream in rage for a good solid week. I’d also love to see Lee take Best Director even if it might be viewed in some corners as a career achievement award more than anything else, the filmmaker a cinematic titan who unquestionably deserves the honor. Other than that, I’m all-in to be shocked by what ends up happening throughout the evening, as anyone who tells you they know exactly how things are going to turn out are lying to you more brazenly than the current occupant of 1600 Pennsylvania Ave NW does multiple times each and every day.

Anyhow, here are my predictions as to which films and filmmakers will walk away with Oscars at the 91st annual Academy Awards. Can’t say I trust a single solitary one of them; not sure you should, either.

BEST ACTRESS
The Nominees: Melissa McCarthy (Can You Ever Forgive Me?), Olivia Colman (The Favourite), Yalitza Aparicio (Roma), Lady Gaga (A Star Is Born), Glenn Close (The Wife)
My Prediction: Olivia Colman

BEST CINEMATOGRAPHY
The Nominees: Cold War, The Favourite, Never Look Away, Roma, A Star Is Born
My Prediction: Roma

BEST ORIGINAL SONG
The Nominees: “All the Stars” (Black Panther), “When a Cowboy Trades His Spurs for Wings” (The Ballad of Buster Scruggs), “The Place Where Lost Things Go” (Mary Poppins Returns), “I’ll Fight” (RBG), “Shallow” (A Star Is Born)
My Prediction: “Shallow”