Boyhood Comes of Age in a Year of Cinematic Excellence

There will be those that who try to convince people 2014 was a weak year for film. They would be wrong. For independent releases, for smaller budgeted fare and foreign language imports, this was a stunning 12 months at the multiplex, and it’s likely a number of titles – Boyhood, Birdman, Leviathan, Locke, Enemy, The Grand Budapest Hotel, Force Majeure, Obvious Child, Selma, Mommy, Under the Skin, Nightcrawler, Beyond the Lights and Mr. Turner just to name a scant few – are ones we are going to be talking about and analyzing for years to come.

The issue for most moviegoers, of course, is the lack of bigger budgeted studio releases being anything worth talking more than a couple minutes about. Sure Marvel had a couple of massive hits, Captain America: The Winter Soldier and Guardians of the Galaxy, the latter to many being something of a minor game-changer for the studio as it broadened their so-called ‘Cinematic Universe’ into the realm of escapist science fiction. But even those films weren’t ones easy to place amongst the best of the year, because for all their multiple strengths neither was overall strong or different enough to separate themselves from a rather crowded field of very good-not quite great entertainments that littered the multiplex virtually every weekend.

In many ways, 2014 was the year when the major Hollywood studios finally made it all but clear they were no longer crafting their bigger, flashier epics for the domestic U.S. market but instead reaching out for that international dollar. Nowhere was that more apparent than the case of Michael Bay’s Transformers: Age of Extinction, the year’s biggest ticket seller from a global perspective. That movie might as well as had a sign around its neck labeled “Made for China,” the fourth entry in the series even more discombobulated sound and fury over narrative substance than usual for the popular toy-based franchise. 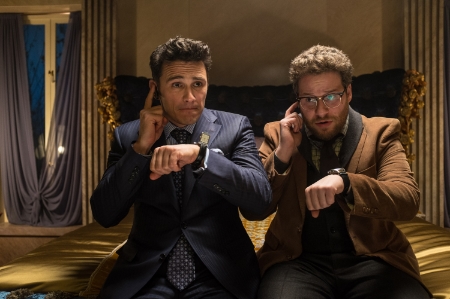 The other major story, of course, was the fuss surrounding the Sony comedy The Interview which included the cyber-attack on the studio (according to the FBI an assault spearheaded by North Korea), the cancellation of its Christmas Day release, the uproar that followed (including a dressing down of the studio by President Obama during a press conference) and a subsequent about-face that led to it being screened in a handful of independent theaters as well as made available for download online. This hullabaloo set a number of precedents, not the least of which being the fact it made just over $15-million its opening weekend from digital sales potentially showing studios big ticket films don’t have to be given an exclusive theatrical release in order to turn a profit.

This was also a year when so-called “faith-based” features took the box office by storm. Or, at least, that’s what they did during the first quarter of 2014, Son of God, God’s Not Dead and Heaven’s For Real turning hefty profits while boasting tiny production budgets. Heck, even idiosyncratic director Darren Aronofsky’s Noah made over a $100-million at the domestic box office even with most conservative Christians criticizing the film for not being biblically inaccurate (whatever that means), the movie an Easter hit few so coming. But the rest of the year was a different story entirely. A slew of faith-based flicks (including Moms Night Out, When the Game Stands Tall, Left Behind and The Identical) came and went at the multiplex, even Ridley Scott’s massive Exodus: Gods and Kings failing to make anything close to a profit. 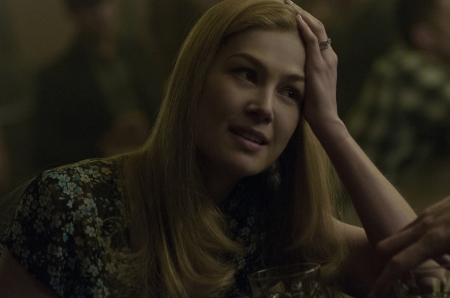 For my part, 2014 was a year filled with numerous delights, and even if few Hollywood spectacles captured my attention there were plenty of other mesmerizing efforts that certainly kept my interests continually piqued. Filmmakers channeled the inner Hitchcock to pull off a variety of bait and switch tactics thinking you were watching a movie about one character only to suddenly discover this wasn’t the case at all (Proxy and At the Devil’s Door being prime examples), while others flipped the script in order to analyze hot-button societal issues like gender and race equality under the guise of being a simple-minded thriller, comedy or period melodrama (Gone Girl, Belle, Top Five, Love is Strange and The Purge: Anarchy all come to mind on that front). All-in-all, I watched over 220 films in 2014, a number of them ones I’ll treasure long into the foreseeable future.

The following page chronicles my picks for the top ten motion pictures of 2014 along with some other random thoughts about the year’s releases. Here’s hoping 2015 is just as glorious.