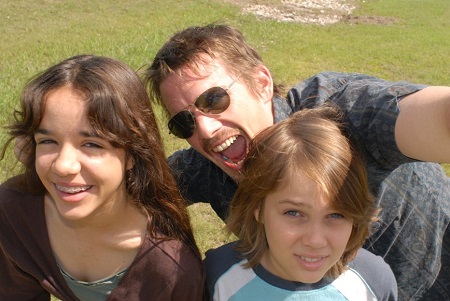 Richard Linklater’s 12-years-in-the-making coming of age drama following a young boy from 6 to 18 was a revelation for a number of reasons, not the least of which is its breathtaking, magnificently simplistic authenticity. But, more than that, it’s also an insightful, monumentally significant dissection of motherhood, all of it anchored by a self-effacing, nakedly raw performance from Patricia Arquette that’s as honest as it is naturalistic. The movie of the year for more reasons than one. 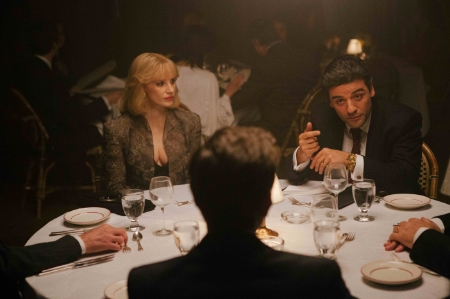 2. A Most Violent Year

New York. 1981. That’s the stage for writer/director J.C. Chandor’s latest stunner, the filmmaker channeling both Francis Ford Coppola and Sidney Lumet as he chronicles the attempts of heating oil magnate (superbly portrayed by Oscar Isaac) and his manipulatively brilliant wife (a sensational Jessica Chastain) to increase their holdings in a highly volatile, and violent, marketplace. A whirlwind of dramatic momentum bristling with intensity and suspense, the movie is an old school real world thriller where black and white do not exist and varying stages of grey battle it out for supremacy. 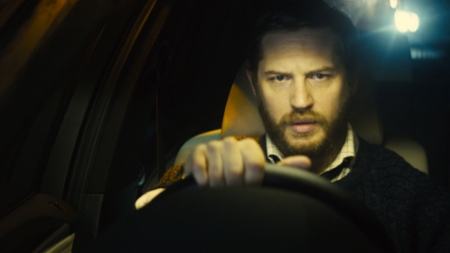 Working with concrete has never been so suspenseful. Writer/director Steven Knight’s 90-minute ticking clock marvel of a decent man literally driving towards an unforeseen future all of his own, somewhat selfish making is a masterful drama anchored by a performance from star Tom Hardy that’s one for the ages. A movie that understands life, in all its seemingly mundane complexity, is far more invigorating and emotionally explosive than any time bomb or revolver hidden under a floorboard ever could be. 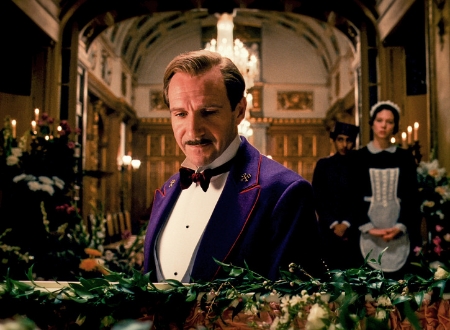 Wes Anderson’s latest candy-colored confectionary treat might just be his best yet, this story inside a story inside a story about a renowned hotel concierge who delivers life lessons to an eager young pupil a delight first frame to last. Film goes far beyond its beautiful artifice to deliver a somber, heartfelt aria to life in all its melodious, oftentimes painful mystery, ultimately delivering a powerfully somber coda that’s as intimate and personal as it is far-reaching and universal. 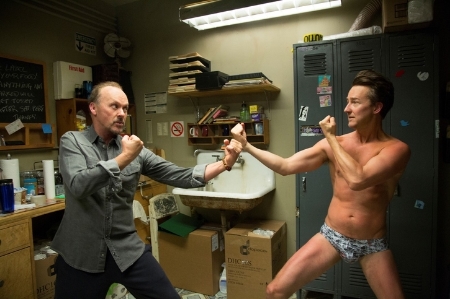 Set to the jazzy percussion-driven cadences of its own unique design, this descent into artistic misery and creation is a rousing, full-throttle blast that’s a sublime roller coaster of emotion and catharsis building to a surreal ending that brings everything taking place full circle. Michael Keaton’s soul-searing performance is enough to watch this one on its own, but when added to the combined brilliance of the remainder of the all-star cast (Edward Norton, Emma Stone, Naomi Watts, Amy Ryan, Zach Galifianakis and Andrea Riseborough) director Alejandro González Iñárritu’s latest becomes remarkably close to being essential. Either way, it’s one of 2014’s most towering, and thus memorable, achievements. 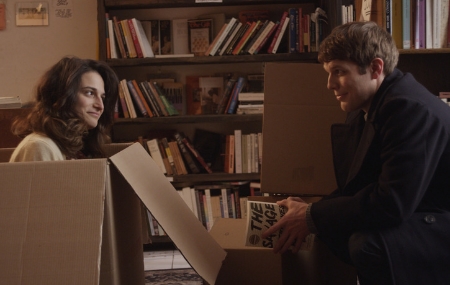 Star Jenny Slate and writer/director Gillian Robespierre’s Obvious Child is an out of this world comedic spellbinder that is as funny as it is nervy, going places and asking questions so fearless, so far-reaching, I’m still astounded they both had the combined courage (and talent) to ask them. Beautifully scripted, expertly acted, this romantic wonder about unintended pregnancy and its consequences has more laughs and more tears than any other film released in all of 2014. 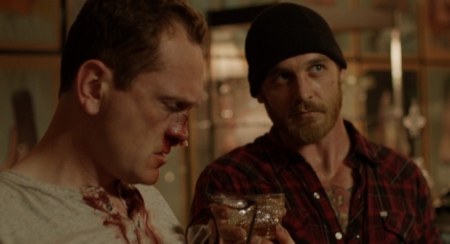 Talk about ballsy, director E.L. Katz and writers David Chirchirillo and Trent Haaga deliver a midnight adrenaline shocker that goes far beyond its exploitation roots becoming something visceral, smart and altogether unforgettable in the process. One of two masterful motion pictures that dissected the dark side of the American Dream (Foxcatcher being the other) with exacting circumspection, this night of escalating terror between friends (Pat Healy and Ethan Embry, both excellent) facing off against one another for cash is a numbing, cold-hearted descent into madness that’s beyond unforgettable. 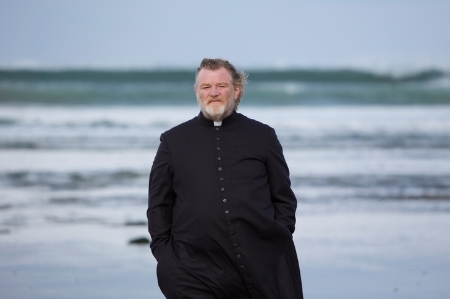 The second collaboration between writer/director John Michael McDonagh and actor Brendan Gleeson (The Guard being their first), Calvary is a coal-black dramatic comedy of excruciating power to amaze and destroy, the film arguably the year’s best examination of faith – both its redemptive and destructive powers – building to a climax that had me shuddering in tearful self-examination. It’s a movie that wears its heart on its sleeve yet does so in the most subtle and genuine of ways, Gleeson anchoring it delivering a performance of complex introspection that reflects the entire gamut of the human spectrum. Stunning. 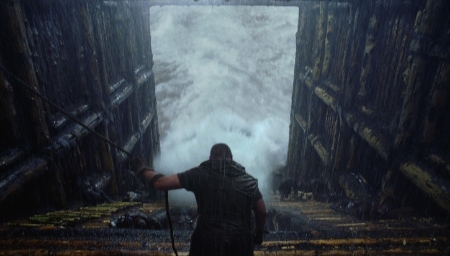 Darren Aronofsky’s biblical epic about a man, his family and an ark to hold all of God’s creations is easily the year’s love-hate spectacle of hubris and imagination, going above and beyond in ways that boggle the mind. Russell Crowe gives a towering performance as the titular man of faith who gives all he has for the higher power who commands him, while the director levies a titanic storm of observational commentary talking about who we are as species and the terrors we assault one another with when greed, avarice and selfishness rule our lives. 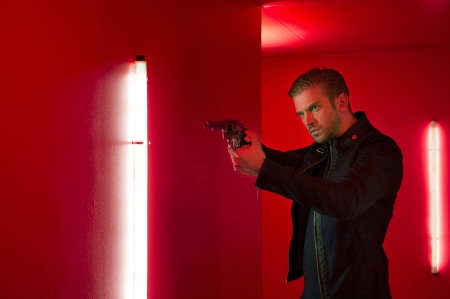 Director Adam Wingard and writer Simon Barrett, the creative wunderkinds behind You’re Next, ascend to the next level with the freewheeling, energetically creative thriller The Guest, the movie a gigantic, uninhibited whirligig full of numerous surprises built straight out of the characters themselves and the plight they collectively face. At the center of it all is Dan Stevens as the title character, his clean-cut good looks and charismatic smile inadvertently hiding a horrifying secret that would make Stephen King, Robert Ludlum and Tom Clancy all equally proud. Movie should have been the action hit of 2014; here’s hoping it finds a gigantic audience the moment it hits DVD and Blu-ray. 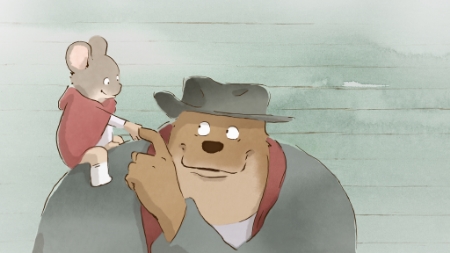 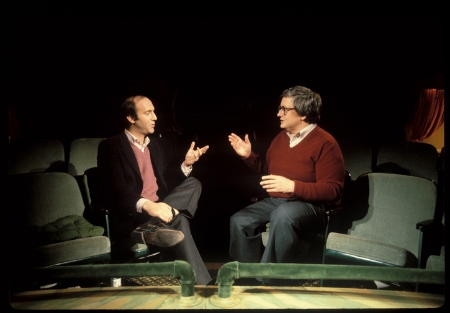 Anita, Citizenfour, Elaine Stritch: Shoot Me, Keep On Keepin’ On, Life Itself