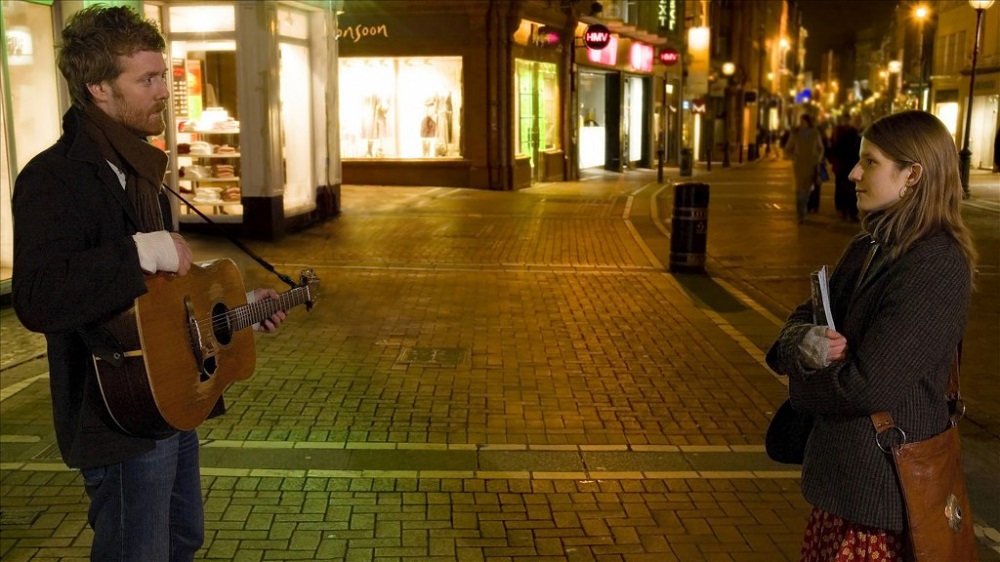 And so we come to the end.

It’s been an interesting experiment, revisiting my Top 50 Films 2000-2009. If nothing else, doing this solidifies in my mind the thesis that opinions about cinema, about any artistic endeavor, are not set in stone. That they are destined to change over time. Certain themes stick with you more as the years pass than others do, performances pop out in different ways when looked at from a new perspective. The idea of what defines a classic or transforms one film into a masterpiece and dooms another that might be similar into the dustbin of history is a very thin line, finding clarity on the matter understandably difficult if not downright impossible.

As I’ve stated repeatedly these past few weeks, this list would look a heck of a lot different now if I were to redo all of this today. Films from 2009 would make a more pronounced appearance, most notably Michael Haneke’s The White Ribbon, Jane Campion’s Bright Star and Andrea Arnold’s Fish Tank, all of which proves trying to compile a list like this without giving current releases a better shot to marinate is really rather silly. There would also be some pretty significant newcomers to the top 50, a few of which like Cristian Mungiu’s 4 Months, 3 Weeks and 2 Days, Neil Marshall’s The Descent, Nicole Holofcener’s Lovely & Amazing, Edward Yang’s Yi Yi, Jean-Pierre and Luc Dardenne’s The Son, David Cronenberg’s A History of Violence and Sylvain Chomet’s The Triplets of Belleville I almost can’t believe didn’t make the cut the first time around (i.e. what the heck was I thinking?!?!).

In regards to this list, 2006 came out on top with the most entries with nine, while both 2004 and 2007 were right behind with seven. Pedro Almodóvar had three films in the top 50 (Talk to Her, Volver, Bad Education), while Alfonso Cuarón was the only director with multiple entries in the top 20 (Y Tu Mamá También, Children of Men). Kathryn Bigelow is sadly (and egregiously) the only woman on the list with The Hurt Locker, while Werner Herzog has the highest ranked documentary with Grizzly Man coming in at number 37.

Finally, there is the little matter of the top ten to take a look at. If I was to recompile this list again now seven of these would remain, which leads me to believe I did a pretty darn good job understanding which films were going to continue to resonate with me over time. All of them are nothing less than spectacular, however, and it’s no secret why people continue to watch them now, in some cases almost two full decades since their original theatrical release.

These were my selections for my top ten films of 2000-2009 along with the original blurbs I wrote for each of them in January of 2010. As I have stated before in the previous entries in this series, these thoughts I had a decade ago remain mostly unchanged.

When it was announced Paul Greengrass was making a movie out of the story of Flight 93, the fourth plane hijacked on September 11, 2001, and the only one not to reach its target, I can’t say I thought this was a good idea. Was I ever wrong. There is something kinetically transformative about what the writer and director accomplished with this docudrama, the humanity of this story so strong it’s difficult to describe the full extent of its emotional impact. [Theatrical Review]

In a world where humans can no longer procreate, Alfonso Cuarón crafts a science fiction stunner that tests the very fibers of human endurance. A visual marvel, Emmanuel Lubezki’s cinematography is jaw-dropping, what makes this story so universal is Clive Owen’s awakening everyman, a callous and cynical loner whose hope for the future is restored when finds himself protecting the first pregnant woman in over a decade. A magnificent achievement that once seen is impossible to forget. [Theatrical Review]

Pixar and director Andrew Stanton head off into a future world where humans have abandoned the Earth leaving only a single functioning robot behind to deal with all the garbage. Echoing the best of Keaton and Chaplin, the first half of WALL•E is a flabbergasting marvel where the romance between mechanical beings becomes poignantly rapturous. My favorite moment of the entire decade might just be the one where the little trash-munching hero and his new friend EVE gently waltz amongst the stars, their joy at being reunited so pure it brings tears to my eyes just thinking about it again now. [Theatrical Review]

In John Ford’s The Man Who Shot Liberty Valance a reporter states, “When the legend becomes truth, print the legend.” In David Fincher’s engrossing suspense procedural Zodiac, for reporters and police officers doggedly trying to uncover the identity of a brutal serial killer, fixating over the numerous variations of an unknowable truth becomes its own sort of legend. They are all chasing ghosts, reducing themselves to ashen insignificance at every red herring and false lead. The resulting movie is a fascinating document analyzing how obsession traumatizes all and that anyone, no matter how minor they may appear, as it within them to become a killer. [Theatrical Review]

In theory, Richard Linklater’s Before Sunset sounded like a horrific idea. A sequel to Before Sunrise, a little-seen yet much-beloved 1995 romance of strangers meeting on a train set nine years later just screams of being the epitome of pointless. Not only were preconceptions like those wrong, the director’s reuniting of Ethan Hawke and Julie Delpy is one of the most sublime essays on romance and relationships I’ve ever seen. There is real emotion here, real weight to the unfulfilled passions these characters find themselves suddenly forced to deal with. This movie is as eloquent as it is profound, the truthful honesty of its final, if purposefully ephemeral, conclusion beyond anything I could have possibly imagined beforehand.

There is something frighteningly profound in the sight of an obsessed Ulrich Mühe sitting in a small room listening to the conversations taking place in the home of Sebastian Koch. While sharing nary a scene, the emotions that pass between these two actors is hauntingly visceral, the thought that what was taking place in East Berlin during the height of the Cold War could happen again at any time and right here in the U.S. beyond frightening. Director Florian Henckel von Donnersmarck weaves an intricate web of deceit, betrayal, heartbreak and salvation, and just the thought of watching this film again has my pulse racing so fast it’s as if I just finished running a marathon. [Theatrical Review]

Cameron Crowe has long been one of my favorite directors. But as much as I’ve enjoyed all of his films (including Vanilla Sky and Elizabethtown), it is Almost Famous that takes up the most space in my heart. This soaring tribute to youth, literature and rock ‘n’ roll is beyond perfect, never hitting a single false note for the entirety of its 122-minute running time. This film wrecks me every time I watch it (a good thing), and there are moments that I almost feel like Crowe made this one just for me and no one else.

There is something about writer Charlie Kaufman and director Michel Gondry’s spectacle of heartbreak and romance that fascinates me. Sure, the film is visually arresting, but as wild, whimsical and out of this world unusual this tale of living in a world where memory can be erased from existence can be, it is the tender story of Kate Winslet and Jim Carrey finding, losing and maybe finding again love that makes the film an instant classic. Their relationship is filled with wounds and warts, laughter and light, heartaches and hard knocks, the foundation of their relationship built upon a bedrock of friendship that continues to hold firm even after the house itself has been reduced to rubble. [Theatrical Review]

The opening images of director Peter Weir’s naval drama slam into the viewer like a wave crashing into the shore. As Capt. Jack Aubrey’s ship emerged from a fog I immediately knew I was watching something extraordinary, something more than just a simple clash of Napoleonic War titans facing off against one another on the open sea. While battle and warfare are a constant threat, it is the relationships between crewmembers, both those in command and those swabbing the decks, that help make the film unforgettable. Russell Crowe as Capt. Aubrey and Paul Bettany as Dr. Maturin, two men continually at odds over the human condition yet of the same mind as it pertains to the value of their friendship, give arguably the greatest performances of their respective careers. As for Weir, he is a filmmaker who continually refuses to bow to convention, his fusing of author Patrick O’Brian best-sellers a masterful testament to valor, honor and compassion that’s nothing less than timeless.

For those who know me my placement of Once in the top slot shouldn’t come as a surprise. For everyone else, I’ve had few moments in a theater have ever equaled the sense of utter euphoric revelation I felt while watching the end credits of writer/director John Carney’s musically sublime work of art. An unrequited love story that made my heart soar to unimaginable heights, this is a disc I can put in the DVD player and let run for an entire day on repeat. Its simple story of a busker (Glen Hansard) and a piano playing immigrant (Markéta Irglová) making music while also changing one another’s lives is a soul-enriching masterpiece, and if I could only watch one movie from this decade ever again this might just be the one I’d choose to see.

– Majority of this feature originally published on Jan. 21, 2010 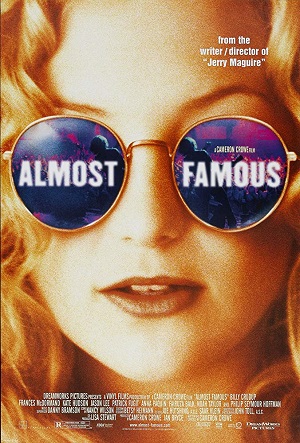