The 92nd annual Academy Awards are today, and I admit I’m having a heck of a time getting excited about them. Not because I dislike the films or anything. I’m all for either of the supposed Best Picture frontrunners (Sam Mendes‘ ambitious WWI drama 1917 and Bong Joon Ho’s inventively thrilling satire Parasite) taking home the top prize. Heck, even if I wasn’t over the moon about the movie I’d even be okay with Taika Waititi’s controversial Nazi youth comedy Jojo Rabbit sneakily usurping the throne as some pundits predict might be a possibility.

No, my issues aren’t necessarily with the nominated titles (Joker aside, which I’m on record for despising). It’s been more with the humdrum inevitability of those nominees throughout the so-called “awards season.” This is one of those years where, whether true or not, the membership of the Academy of Motion Pictures Arts and Sciences (AMPAS) have done the least amount of work possible during their annual voting process. There was never any drama. There was never any mystery. It was as if there were 15 or so designated titles deemed “worthy” of a nomination and those were the motion pictures voters stuck with, anything outside of traditional narratives (other than Parasite) or gender/cultural representation left at the bottom of the screener pile unwatched.

As such, the nine features up for Best Picture (1917, Ford v Ferrari, The Irishman, Jojo Rabbit, Joker, Little Women, Marriage Story, Once Upon a Time…in Hollywood and Parasite) received the lion’s share of this year’s nominations. Sure, movies like Knives Out, Bombshell and even Star Wars: The Rise of Skywalker pop up here and there. But for the most part those are the nine singled out in almost every viable category, and I find that to be incredibly disheartening.

From a prediction standpoint, while it’s unlikely there will be a shocker in any of the acting categories (Joaquin Phoenix, Renée Zellweger, Brad Pitt and Laura Dern are all going to win Oscars), the remainder of the categories (save maybe Cinematography, Roger Deakins is getting his second Academy Award) are all somewhat up in the air, including Best Picture. As already mentioned, 1917 and Parasite are the presumed frontrunners, but it still feels like that along with those two Jojo Rabbit, Once Upon a Time…in Hollywood and even Joker (please, God, no) have a legitimate shot at taking the top prize. Best Director is also noticeably competitive, as are the Screenplay, Editing, Costumes and both Sound categories.

I guess that means I should check my whining about the lack of inclusion and diversity (both in representation and in the nominated films themselves) of this year’s nominees at the door and celebrate the fact that there’s actually a competitive race in most of these categories. It certainly makes predicting the outcome at least moderately fun. In fact, pretty sure my track record of finishing around 90% correct on my picks year-in and year-out might be in jeopardy.

Anyhow, here are my predictions for the 92nd annual Academy Awards. Enjoy!

Nominees: 1917, Ford v Ferrari, The Irishman, Jojo Rabbit, Joker, Little Women, Marriage Story, Once Upon a Time…in Hollywood, Parasite
Prediction: 1917
Thoughts: As cool as it would be to see Parasite make history and be the first foreign language film to win Best Picture, I just don’t see the Academy following through on delivering on something so momentous.

Nominees: Bong Joon Ho (Parasite), Sam Mendes (1917), Todd Phillips (Joker), Martin Scorsese (The Irishman), Quentin Tarantino (Once Upon a Time…in Hollywood)
Prediction: Sam Mendes
Thoughts: I think this is a lock even if Parasite wins Best Picture as Academy Members tend to love technical wizardry, and on that front 1917 is clearly the superior choice.

Nominees: Antonio Banderas (Pain and Glory), Leonardo DiCaprio (Once Upon a Time…in America), Adam Driver (Marriage Story), Joaquin Phoenix (Joker), Jonathan Pryce (The Two Popes)
Prediction: Joaquin Phoenix
Thoughts: While I couldn’t stand Joker and didn’t think Phoenix was all that good in the film (a LOT of performance doesn’t inherently make a GREAT performance), holy cow have awards season voters disagreed with me. This is a massive lock.

Nominees: 1917, Knives Out, Marriage Story, Once Upon a Time…in Hollywood, Parasite
Prediction: Parasite
Thoughts: Freakishly competitive category. 1917 and Knives Out could easily take this as well.

Nominees: The Irishman, Jojo Rabbit, Joker, Little Women, The Two Popes
Prediction: Jojo Rabbit
Thoughts: Conventional wisdom Greta Gerwig gets the win for Little Women mainly because she wasn’t nominated for Best Director. Unfortunately, I suspect that’s not going to be the case.

Nominees: How to Train Your Dragon: The Hidden World, I Lost My Body, Klaus, Missing Link, Toy Story 4
Prediction: Toy Story 4
Thoughts: My prediction is wrong. I almost guarantee it. One of the other four (I have no idea which) is likely going to pull off an upset.

Nominees: Corpus Christi, Honeyland, Les Misérables, Pain and Glory, Parasite
Prediction: Parasite
Thoughts: Think this is a foregone conclusion? It might not be. If Parasite loses here there’s an awfully good chance it’s going to win Best Picture instead.

Nominees: The Irishman, Jojo Rabbit, Joker, Little Women, Once Upon a Time…in Hollywood
Prediction: Jojo Rabbit
Thoughts: I really want Little Women to win this. I don’t think it is going to.

Nominees: 1917, Joker, Little Women, Marriage Story, Star Wars: The Rise of Skywalker
Prediction: Joker
Thoughts: I have this feeling John Williams will win in an upset. It’s his final Star Wars score, after all, and the entire Academy membership knows it.

Nominees: 1917, Ad Astra, Ford v Ferrari, Joker, Once Upon a Time…in Hollywood
Prediction: 1917
Thoughts: I want to say Ad Astra, mainly because this is inexplicably the film’s only nomination.

Nominees: 1917, Ford v Ferrari, Joker, Once Upon a Time…in Hollywood, Star Wars: The Rise of Skywalker
Prediction: 1917
Thoughts: I’d rather Ford v Ferrari won at least one of the two Sound Oscars it is nominated for. Not going to happen, but I think that would be pretty neat.

Nominees: 1917, Avengers: Endgame, The Irishman, The Lion King, Star Wars: The Rise of Skywalker
Prediction: Avengers: Endgame
Thoughts: I feel like the effects in 1917 are going to be too subtle for the Academy membership. I’m hoping I am wrong. 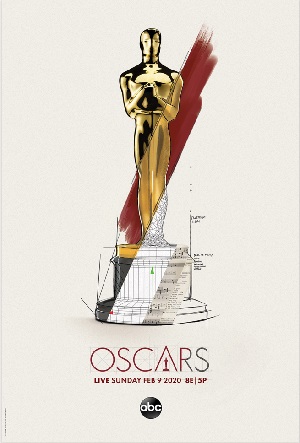