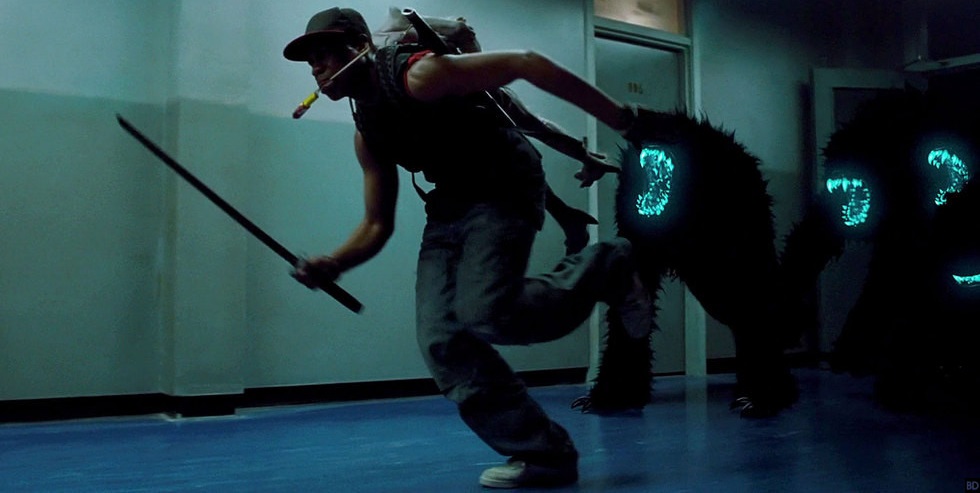 Not sure why, but I found this list much harder to put together this time around than I did ten years ago when I came up with my initial Top 50 Films of 2000-2009 list. It felt like an impossible endeavor this time around, and not because I felt like there were more great motion pictures in the 2010s than there were during the 2000s. I’d say numbers on that front likely even out, and as such I’m not going to try and say I feel one decade is better than the other.

What I do know is that there were several films over the last ten years that personally affected me in ways I can’t say I’ve encountered since back when I was a teenager. I saw myself up on the screen far more often than I was prepared for, and a number of these stories forced me to reflect upon the choices I have made and my life as a whole in ways that were profound, moving and frequently difficult.

This made the re-watch adventure interesting. Some of my reassessments of certain titles didn’t go near as well as I hoped (sorry Dallas Buyers Club; still like you quite a bit but you also have a few issues that haven’t aged particularly well), while others slapped me across the face in new ways I wasn’t quite prepared for (yes, Before Midnight, you rascally unforgiving masterpiece, I’m looking at you). The breadth and depth of my emotions as I went on this journey knocked me sideways, and by the time it was over I couldn’t help but wonder why I put myself though this ordeal in the first place.

Anyhow, that’s a longwinded and somewhat nonsensical introduction to part two of my Top 50 Films of 2010-2019 list. There are some surprises here, I think. There are also a few no-brainers. In the end, this remains my list and my list alone, and I can only hope that people take a moment to explore all of the listed titles and take the time to form their own opinions about each and every one of them. Without further ado, here are entries 40 thru 31:

Joe Cornish’s Attack the Block is as astonishing and as mesmerizing a feature-length debut as any a director had during the 2010s. Stop. End of sentence. It may not have won any Oscars, and it may not have set the box office ablaze, but none of that makes it any less a masterful science fiction-horror-action-comedy hybrid that had audiences lucky enough to catch it in theatres cheering in the aisles during its sensational climax. This is a joyous adventure featuring a star-making performance from a young John Boyega and a charismatically enchanting turn from future Doctor Who Jodie Whittaker. I find this film impossible not to love, and I swear every single person I’ve had the pleasure to introduce it to over this past decade have 100% ended up feeling the same. [Theatrical Review]

If any film from 2018 has continued to slip further up my list of favorites more than this one has I’m not sure what it might be. Barry Jenkins’ follow-up to his Best Picture-winning Moonlight is a living, breathing organism. It is poetry in motion. It is life, death, love, tragedy, heartbreak and redemption all told with a poet’s touch and operatic fervor. This spellbinding adaptation of James Baldwin’s supposedly un-filmable source material is a feast for the senses, its graceful majesty a never-ending symphony of soulful arias I can’t stop thinking about. [Theatrical Review]

Past and future intermingle in Pedro Almodóvar’s electrifying, vaguely self-biographical drama Pain and Glory, this story of an aging filmmaker coming to grips with the choices he’s made throughout his life undeniably the director’s most personal tale in his stunning, four decade-plus career. Featuring an extraordinary performance from Antonio Banderas and beautiful, pitch-perfect supporting work from Asier Etxeandia, Penélope Cruz, Julieta Serrano and youngster Asier Flores, the movie builds to a major “wow” of a climax that knocked me senseless. It’s magnificent, the introspective subtle grace of all Almodóvar is examining an emotional caterwaul that left me sitting in the darkness afterward in a profound state of awe. [Theatrical Review]

Jeff Nichols makes great movies. Take Shelter might be his masterpiece. This gem of a psychological thriller borders on being unclassifiable from a genre standpoint, and to my mind that’s all well and good. It is about a family in crisis. It is about a man losing his mind. It is about a mother trying to maintain a grip on reality for her children’s welfare as her husband appears to be going mad. It is about a world in existential crisis as Nature declares war on a humanity that has continually abused it. It is about selfless love and devotion. It is about sacrifice. It is about all of these things and more, Nichols juggling a handful of metaphorical puzzle boxes with confident dexterity and skill. Michael Shannon, in the performance of his career, and Jessica Chastain are brilliant.

One of the decade’s most unsung and underseen documentaries (which also sadly produced one of its most disastrously terrible fictionalized remakes with 2018’s Welcome to Marwen), Jeff Malmberg’s inventive and intimately moving Marwencol is a joy to watch. An examination of an unthinkable hate crime that ended up leading to an artistic explosion of healing creativity, central figure Mark Hogancamp’s story is unlike anything I could have imagined beforehand. His story of survival is a miraculous, heartwarming wonder overflowing in empathetic insight and universal truth. It is a human journey that has only grown in resonance and importance since its debut, and I can only hope people continue to discover its triumphant observational pleasures for many decades to come. [Theatrical Review]

This is likely the most personal title for me to appear on this list. I find it hard to put into words just how much Sebastián Lelio’s A Fantastic Woman means to me. This entire decade we as critics have spoken frequently of how vital it is that audiences see themselves reflected up on the screen. How important it is that their stories get told. It is why, whether one personally likes them or not, superhero tales like Black Panther and Wonder Woman, romantic comedies like Crazy Rich Asians and dramas like this past year’s Queen & Slim need to keep getting made. Watching Lelio’s Oscar-winning feature I couldn’t help but imagine what it would have meant to me if I’d seen it as a teenager, the level of its introspective precision and its understanding of day-to-day Transgender experiences ones that would have spoken volumes to me as I was dealing with my own gender identity issues. It’s an exceptional film, star Daniela Vega delivering one of the best performances of the 2010s. [Theatrical Review]

It Follows shook me up something fierce. David Robert Mitchell’s sophomore outing is a surreal, utterly original horror yarn that also features a collection of teenage protagonists who aren’t afraid to act like actual teenagers and not some adult’s concept of how they should be. They are impulsive. They don’t always make the right decision. They do crazy things that seem bizarre when fully examined in the light of day. But it are all of those facets and more that make them authentic, each kid reacting to this unfathomable situation in ways I found to be entirely genuine. Incredibly shot by Mike Gioulakis and featuring potentially my favorite score of the decade composed by Rich Vreeland (a.k.a. Disasterpeace), It Follows contains images and moments that have been seared into the recesses of my brain never to be erased. I love this movie. [Theatrical Review]

I’m a Wes Anderson fan. There’s no denying that. Even the films where I feel he misses the mark are ones I could watch on repeat over and over again without ever growing tired of them. There’s something about his style and directorial point of view I adore, and ever since his 1993 debut Bottle Rocket I’ve looked forward to each of his latest endeavors with passionate fervor. All of which is my preamble to say that Moonrise Kingdom might just be my favorite out of all the titles currently residing on Anderson’s diverse filmography. There is an innately lyrical sweetness and uplifting resourcefulness to this tale of adolescent first love that brings a smile to my face that feels as if it will never disappear. It’s perfect. [Theatrical Review]

A Best Picture Academy Award-nominee, the last animated motion picture as of this writing to achieve such distinction, Toy Story 3 deserved every accolade and laurel that came its way during its initial theatrical release. For arguably the greatest animated series of films ever made (last year’s Toy Story 4 just made my top ten of 2019 for gosh sakes), director Lee Unkrich’s third chapter in the story of sentient toys Woody, Buzz Lightyear and all of their friends is a shockingly mature, unabashedly sentimental tale that plucks at the heartstrings just as it fills the viewer’s soul with joy. It’s understanding of community, friendship and selfless love is massive, the story’s childlike hopefulness intermixed with an adult open-hearted reflection that is nothing short of timeless. [Theatrical Review]

There’s a heck of a lot more to Olivia Wilde’s Booksmart than initially meets the eye. This isn’t some gender-flipped Superbad clone. It’s far more than that, and one only needs to look a little deeper underneath the surface to figure that out. Wilde and her talented team of writers and actors not only examine female teenage friendships in all their messy, complex minutia, they also manage to depict youthful self-discovery in a manner that is as cruel as it is sympathetic, as understated as it is overexaggerated. What begins as a late-night wild ride into the unknown quickly becomes something far more compelling and elegantly contemplative, and for my money no other teenage comedy from the 2010s comes as close to perfection as this one does. [Theatrical Review] 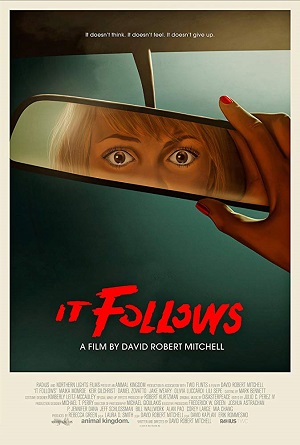