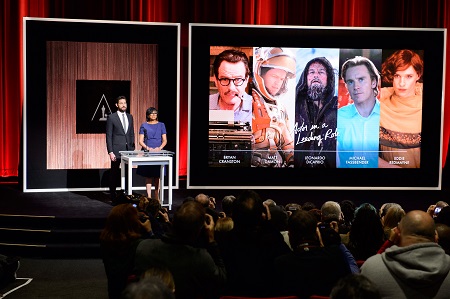 As far as overall nominations were concerned, The Revenant led the way with 12, including one for last year’s Best Director winner Alejandro G. Iñárritu as well as Best Actor and Best Supporting Actor nods for stars Leonardo DiCaprio and Tom Hardy. Mad Max: Fury Road also did quite well with ten, 70-year-old George Miller receiving his first Best Director nod, although he did win an Oscar in 2007 for feature animation winner Happy Feet. The Martian picked up seven nods, its most notable one outside of Best Picture being a nom for Best Adapted Screenplay and writer Drew Goddard. Spotlight and Carol both scooped up six total nominations each, while The Big Short and the year’s biggest box office sensation Star Wars: The Force Awakens were both recognized in five categories.

Best Animated Feature was reasonably surprising, box office smash Inside Out leading the way while relative unknowns Anomalisa, Boy and the World, Shaun the Sheep Movie and When Marnie Was There nabbed spots most assumed were going to go to more high-profile efforts like The Peanuts Movie and Minions. Best Foreign Language Film saw countries Jordan (Theeb) and Columbia (Embrace of the Serpent) receive their first-ever nominations, Denmark’s A War, France’s Mustang and supposed frontrunner Son of Saul from Hungary the other three nominees. As for Best Documentary Feature, Amy, Cartel Land, The Look of Silence, What Happened, Miss Simone? and Winter on Fire: Ukraine’s Fight for Freedom are the nominees, notable omissions being the college campus rape doc The Hunting Ground and Michael Moore’s latest controversial feature Where to Invade Next.

Cinematographer Roger Deakins continues in his quest to go down as the Academy’s version of Susan Lucci, receiving his 13th nomination for shooting drug war thriller Sicario, while legendary composers Ennio Morricone (The Hateful Eight) and Carter Burwell (Carol) are hoping for this first Oscar win after decades of unrecognized musical excellence. On the flip side, John Williams is celebrating his 50th nomination for scoring Star Wars: The Force Awakens, his last win coming in 1994 for composing the music for Steven Spielberg’s Schindler’s List. Also notable, three-time winner and 12-time nominee Sandy Powell found herself double-nominated, picking up Best Costume Design nominations for period piece Carol and Disney fairy tale fantasy Cinderella.

One imagines returning Oscar host Chris Rock will have plenty to talk about in regards to this year’s nominees, all 20 of the acting slots going to Caucasian actors for the second year in a row, while even Straight Outta Compton’s only nomination (Best Original Screenplay) ended up going to its two white screenwriters. Additionally, while the fact three of the eight Best Picture nominees (Brooklyn, Mad Max: Fury Road and Room) focus on female protagonists, the lack of women in a number of major categories (notably directing, but also cinematography and original score) continues to be vexing, the overall demographic makeup of Academy membership (primarily Caucasian and over the age of 65) leading to voting trends that remain troublesome, to say the least.

The 88th annual Academy Awards will be presented on February 28, 2016, and will be broadcast live on ABC. A full list of nominees is as follows:

Best animated feature film of the year
• “Anomalisa” Charlie Kaufman, Duke Johnson and Rosa Tran
• “Boy and the World” Alê Abreu
• “Inside Out” Pete Docter and Jonas Rivera
• “Shaun the Sheep Movie” Mark Burton and Richard Starzak
• “When Marnie Was There” Hiromasa Yonebayashi and Yoshiaki Nishimura 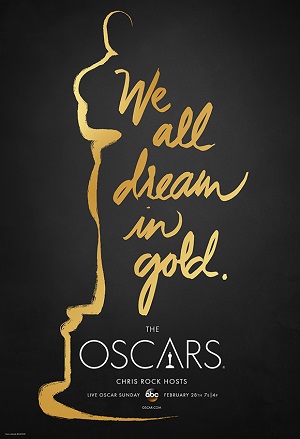